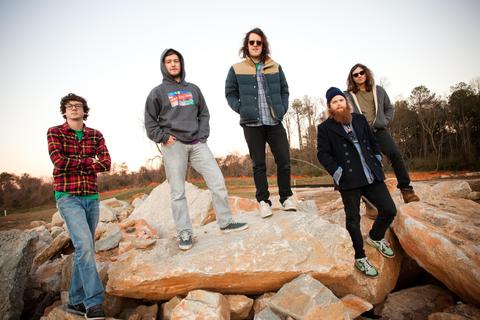 Hailing from the bohemian college town of Athens, Georgia, Futurebirds play laid-back country-rock with an atmospheric, psychedelic twist. The group began turning heads with the release of a self-titled EP, whose backwoods harmonies and pedal steel riffs helped earn a contract with Autumn Tone Records. With the label’s help, Futurebirds booked time at Chase Park Transduction — one of Athens’ most renowned studios, with a client list that includes R.E.M., Drive-By Truckers, and Jason Isbell — and recorded Hampton’s Lullaby. The debut album was released in August 2010, and the group issued a follow-up EP, Via Flamina, while touring in support of both releases.