Terry Waldo (Before and Between Sets) 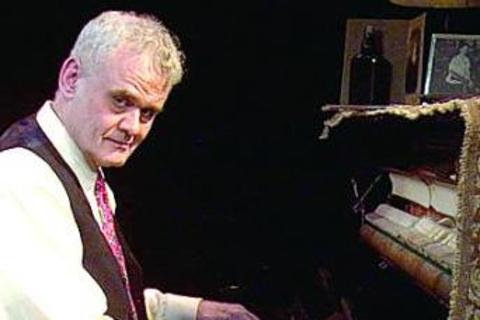 Performer, Composer, Arranger, Writer, and Producer Terry Waldo will be performing between sets at the Tompkins Square SXSW showcase !

“Terry Waldo, ragtime pianist nonpareil and eminent scholar of the form, is musical director and arranger at the piano.” The New York Times

Terry Waldo is considered one of America's premier performers and presenters of Ragtime and Early Jazz. Known for his virtuoso ragtime and stride piano playing, charming vocals, and disarming wit, he is the protégé‚ of the legendary Eubie Blake, who called Waldo "an extension of my own musical self." Waldo has played countless New York jazz clubs, including the legendary Cookery, Hanratty’s and Michaels’s Pub where he produced and starred in nine critically acclaimed musical revues. He has appeared in concerts worldwide, including the Grand Parade du Jazz in Venice, George Wein’s JVC Jazz Festival at Carnegie Hall and Jazz At Lincoln Center. He recently appeared with the New York Pops at Carnegie Hall where he performed the world premier of “The Eubie Blake Concerto.”

Terry Waldo has performed and composed for many TV programs and films including, The Tonight Show, the PBS Documentary, Storyville: The Naked Dance and Ken Burns’ PBS documentary, Unforgivable Blackness: The Rise and Fall of Jack Johnson. Terry has produced and arranged over 40 albums, including a ragtime orchestra album for BMG and is currently working on albums for Chiaroscuro, GHB and Delmark Records. His This Is Ragtime, presently being republished by Jazz at Lincoln Center, is the definitive book on the subject and it along with his 26-part series, of the same title, produced for National Public Radio, fueled the 1970s ragtime revival. In Spring and Fall 2009 he is teaching a ragtime course for Swing University at Jazz at Lincoln Center.

Terry Waldo has been the music director for a number of theatrical shows in New York City, including Mr. Jelly Lord (directed by Vernel Bagneris,) Playwrights Horizon's production of Heliotrope Bouquet (directed by Joe Morton), and Ambassador Satch (directed by André De Shields) which later opened in London’s West End and recently played in Abu Dhabi and Dubai.

His wide ranging talents were showcased in his one-man shows, Eubie and Me and The Naked Dance: The Music of Storyville as well as Shake That Thing! and Waldo’s 1927 Revue.