Nicki Bluhm and the Gramblers 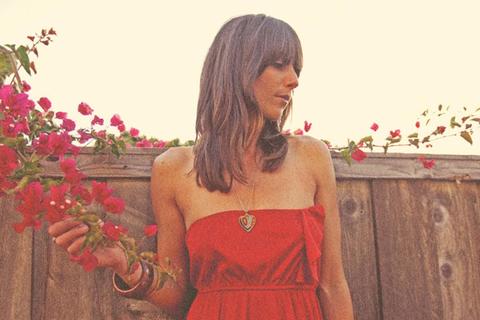 Listen to Little Too Late

It all began one New Year’s Eve party. Impressed with the talents of Nicki’s performance when asked to play an impromptu blues song, musician/producer Tim Bluhm (The Mother Hips) introduced himself to the artist, encouraging her to dedicate herself to singing and song writing. It wasn’t long before Nicki had begun cultivating a fan base through live performance, one that craved an LP to take home and listen to.

Nicki obliged, and sat down with Tim to record what would become Toby’s Song, the artist’s debut LP released in 2008. It wasn’t long before the two were married, and Bluhm’s band was ready to come together. The duo grew into a trio, as Nicki recruited Deren Ney, a long time friend, to play guitar. Steve Adams (ALO) would soon hop on board taking care of bass duties, and the group finally felt complete with the additions of Dave Mulligan on rhythm guitar and Mike Curry playing drums.

The full band headed back to the studio in 2011 and released Driftwood, a natural extension of the foundation Bluhm set on Toby’s Song. A bit country, a bit folk, a bit rock, and a bit soul, Driftwood carves a unique niche into the San Francisco music scene, the city Nicki now calls home. A majority of the tracks on Driftwood have the lo-fi feel of times past, an homage to the greats of rock and country who blazed their paths on AM radio airways and jukeboxes. While there’s still plenty of the Nicki fans fell in love with on Toby’s Song to be found on Driftwood, Bluhm and her backing band, The Gramblers, delve much deeper into the artist’s country and blues roots on the album.

While on tour, to keep busy in the van and provide fans additional content, the band created their self- dubbed “Van Sessions” videos by recording live van performances (while driving) during tours using a simple iPhone. The series popularity spread organically on the Internet and peaked when their honest, stripped down take of Hall & Oates’ “I Can’t Go For That” went viral reaching almost 2 million views on YouTube. The video turned on new fans around the country (and other parts of the world) to the band’s original music, spiking album and ticket sales to a new level. Subsequently, the band moved into headlining shows around the country, selling out clubs in multiple major markets, and leaving an indelible mark on new fans and promoters with their energetic stage show.

Nicki Bluhm and The Gramblers have just released a digital single featuring two new tracks, “Little Too Late” and “Ravenous,” are prepping a new LP, and are on an extensive US tour through April 2013.

The show at Blackheart on Tuesday, March 12

1:00AM Nicki Bluhm and the Gramblers