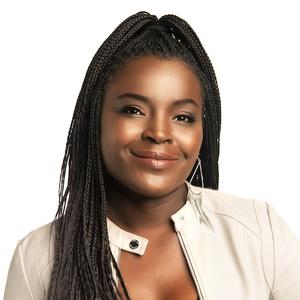 Magatte Wade is an entrepreneur and advocate for African dignity and prosperity. Her TED talk, "Why it is too hard to start a business in Africa - and how to change it" has been seen by more than 600K people. She is a Forbes “20 Youngest Power Women in Africa”, a Young Global Leader by the World Economic Forum at Davos, a TED Global Africa Fellow, and "Leading Woman in Wellness” award winner by the Global Wellness Summit. In 2014 she was featured on the cover of Forbes Afrique for being the person in Francophone Africa having the greatest positive impact on the future.

She serves as the Director of the Atlas Network's Center for African Prosperity. Wade is a member of the board of Directors of Conscious Capitalism Inc and a member of the John Templeton Foundation Board of Trustees. She also serves on the Advisory Board of the Whole Planet Foundation, of Whole Foods Market. She has written for The Guardian, HuffingtonPost.com, and Barron’s, and has been profiled by the NYT. She has spoken at numerous high profile venues including the U.N., The Clinton Global Initiative, the Aspen Institute, TED, Conscious Capitalism, and many dozens of universities including Harvard, Yale, Columbia, Cornell, MIT, UC Berkeley, Dartmouth, and the Wharton School of Business.

Throughout her career, she has created successful high-end retail brands inspired by diverse African traditions, most recently SkinIsSkin.com.

Wade believes that the “cheetah generation,” a new cohort of dynamic African entrepreneurs and professionals identified by Ghanian economist George Ayittey, will create local pathways for change that will shape the future of African prosperity. “Perhaps the most unique challenge we face is that the world has come to perceive that Africans themselves are not capable of creating prosperity—and require charity in order to survive,” she said. “This simply isn’t true. The combination of negative perceptions of Africans, combined with widespread ignorance regarding the need for economic freedom is a toxic combination.”