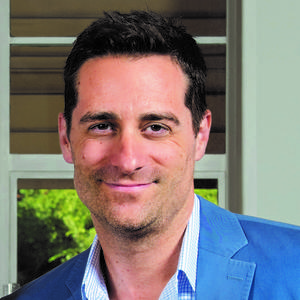 Todd Lieberman is an Oscar and Emmy winning producer and founder of Hidden Pictures, a film and television production company telling premium stories with a focus on discoveries of self, of purpose and of time and place. Hidden Pictures believes in the importance of sharing narratives that leave the audience with an uplifting sense of optimism to carry back into their lives.

Lieberman is one of the leading producers in the entertainment industry today. In total, he has had
eight movies open at #1 at the box office, and they have been nominated for 11 Academy Awards, winning three.

Lieberman released Rescue Rangers starring Andy Samberg and John Mulaney on Disney+ which won the Emmy for Outstanding Television Movie. He is in post-production on White Bird: A Wonder Story with Helen Mirren and Gillian Anderson and Shotgun Wedding starring Jennifer Lopez (January, 2023 release). Lieberman and Hidden Pictures are developing a docu-series for Amazon that chronicles the
rise and fall of the American Basketball Association. He recently produced HIT & RUN, an action thriller series starring Lior Raz (Fauda) on Netflix.

Prior to the creation of his new company, Hidden Pictures, Lieberman produced under the Mandeville Films banner which he continues to co-own. Before that, Lieberman acted as senior vice president for international finance and production company Hyde Park Entertainment, which produced and co-financed such films as Anti-Trust, Bandits, and Moonlight Mile.

Lieberman established himself at international sales and distribution giant Summit Entertainment,
where he moved quickly up the ranks after pushing indie sensation Memento into production and
acquiring the Universal box-office smash American Pie.

In 2001, Lieberman was named one of the “35 under 35” people to watch in the business by The
Hollywood Reporter, which also ranked Lieberman among the 30 most powerful producers in
Hollywood. He holds a B.A. from the University of Pennsylvania and is a 2022 recipient of the Penn
Alumni of Merit Creative Spirit Award. Lieberman is a member of the Motion Picture Academy of Arts
and Sciences and a judge for the Academy’s Nicholl Fellowship in Screenwriting. He is also a member of the Television Academy and a Producer’s Guild mentor, as well as an active member of the Los Angeles chapter of the Young Presidents’ Organization. A Cleveland native, he is a 2018 recipient of the Key to the State of Ohio. Lieberman is an avid sports fan and consulting producer of the podcast Inside Baseball. He also serves on the board of Run 2 Remember Los Angeles, an annual half marathon and 10K that honors fallen First Responders and their families.