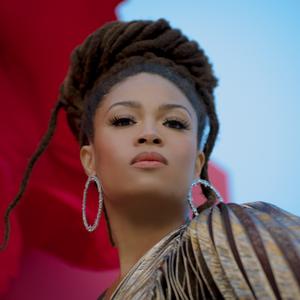 The Grammy-nominated, Tennessee-born, and Brooklyn-based singer-songwriter Valerie June has been recording and performing since she was 19 years old, climbing from Memphis coffee houses to national TV performances and getting name-checked by Bob Dylan. Her latest album The Moon and Stars: Prescriptions for Dreamers weaves a tapestry of folk, soul, gospel, country, blues, psychedelia, and symphonic pop, performed by an accomplished lineup of musicians with a dizzying palette of instruments (flute and banjo, mbira and Mellotron, saxophone and synth) absorbed in free-flowing experimentation. The album (co-produced with Jack Splash), is acclaimed by fans and critics alike and received a 2022 Grammy nomination for Best American Roots Song and 2021 Americana Honors and Awards nominations for both Album and Song of the Year. June’s first book, Maps for the Modern World, is a collection of poems and original illustrations, available through Andrews McMeel Universal Publishing. Valerie followed up that book release with her first ever children’s book, Somebody to Love, published by Jack White’s Third Man Books.