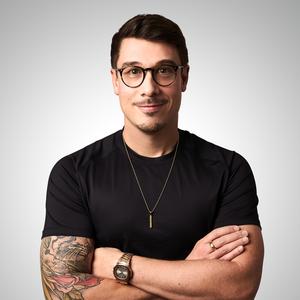 Moritz Baier-Lentz is a Partner and the Head of Gaming at Lightspeed Venture Partners, a globally leading venture capital firm with over $18 billion in capital under management and more than 500 investments across the U.S., Europe, and Asia—including Epic Games, Stability AI, and Snap. As an investor and board director, he helps emerging game studios and interactive technology companies with everything from strategy to hiring, sales and marketing, and financing. Moritz loves to partner with exceptional entrepreneurs, many of whom have been leading the creation of games like Fortnite, Call of Duty, League of Legends, Apex, Overwatch, Valorant, StarCraft II, and Warcraft III.

Previously, Moritz was a partner and management team member at BITKRAFT Ventures. He personally raised over $200 million and—together with the founders—scaled the firm to become the most active gaming VC and lead investor of 2020, 2021, and 2022 with more than 120 gaming, VR, AR, and web3 investments. Moritz led many of the funds’ marquee deals including Inworld AI, Theorycraft Games, Raid Base, Lightforge Games, Horizon Blockchain Games, and TRIPP—attracting 9-figure follow-on investments including from Sequoia, a16z, Google, Microsoft, Amazon, Meta, Sony, Intel, Disney, Niantic, Qualcomm, HTC, Epic Games, Take-Two, and Riot Games.

Prior to joining BITKRAFT, Moritz was a Vice President at Goldman Sachs, where he built and co-led the firm's global gaming practice. Over the past years, he advised the world's leading gaming and technology corporations on over $300 billion in transaction volume across mergers & acquisitions, IPOs, venture capital, and other strategic transactions—including Dell’s $67 billion acquisition of EMC and IBM’s $34 billion purchase of Red Hat.

Moritz is a former professional gamer and #1 ranked player of Diablo II and was recognized among the ‘30 Under 30’ (Forbes) and ‘40 Under 40’ (Capital). He is a founding member of the World Economic Forum's Metaverse Initiative to build equitable, interoperable, and safe virtual worlds. His recent speaking engagements include the World Economic Forum, Forbes, New York Times, Harvard, Stanford, M.I.T., Goldman Sachs, and J.P. Morgan. Moritz holds an M.B.A. and M.A. from Stanford University.

Reality Check: Are VR and AR Ready for Prime Time? at Fairmont Manchester B

Reality Check: Are VR and AR Ready for Prime Time? at Fairmont Manchester B