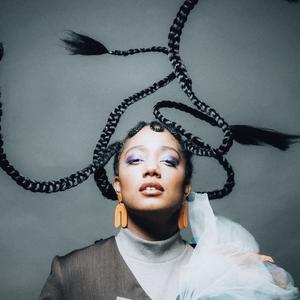 Zakiyyah is an artist-activist who utilizes music and visual media to explore themes that centralize marginalized communities via her production company, Black and Bold productions. As an actress and classically-trained singer who is well-versed in Opera, Hip-Hop, Jazz, and R&B, she utilizes her extremely versatile sound to reach a broad range of audiences and listeners, and craft a sound that is uniquely her own--including her most well-known, "Hip-Hopera". She’s had the pleasure of bringing these sounds to numerous audiences from the House of Blues to the United Nations. After graduating from Wellesley College with a degree in Political Science and Sociology, she worked in politics for City Councilor Tito Jackson and Sheriff Steven Tompkins. She then spent a year pursuing her artistic and scholastic ambitions in Czech Republic, Thailand, South Africa, Colombia, hosting Black Lives Matter events in the latter two countries.

In addition to previous work as an administrator in education, Zakiyyah currently teaches voice through Harvard’s Holden Voice program. She presently works as an anti-racism consultant with Arts Connect International, helping arts organizations reassess their practices and address issues of inequity that affect people of color. This year, Zakiyyah also serves as the Season Partner for Boston Children’s Chorus, where she will conduct workshops on arts-activism with the youth, write the script for their Annual MLK show, perform with the Chorus, compose a new piece for the choir, and curate the production of an accompanying video with the organization. These experiences, coupled with her artistic versatility, make her uniquely qualified to use her art as a catalyst for social change. Her upcoming album, African Import, provides a window into both the beauty and complexity of the black diaspora, and the significance of its consumption by mainstream society.