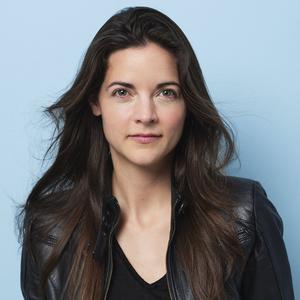 Kathryn Minshew is the CEO & Founder of The Muse, a career platform used by over 70 million people to find jobs at companies whose people, benefits, and values align with their unique professional needs. Under her leadership The Muse has pioneered the concept of values-based job search and was recently named one of Fast Company's 50 Most Innovative Companies in the World. In addition, Kathryn is the CEO of Fairygodboss, the largest online career community for women, helping over 10 million women connect with each other and advance in their careers.

Kathryn is the host of The Muse’s podcast, The New Rules of Work, and her first book, “The New Rules of Work: The Muse Playbook for Navigating Your Career” (Crown Business, April 2017), was a Wall Street Journal national bestseller. She has spoken at MIT and Harvard, contributed to The Wall Street Journal and Harvard Business Review, and appeared on TODAY and CNN. In addition, Kathryn & The Muse have been named to Deloitte's Technology Fast 500, Marie Claire’s The New Guard, SmartCEO's Future50 Visionary CEOs, New York on Tech’s Disruptors and Innovators, Inc.’s 30 Under 35 and Female Founders 100, One Young World’s Entrepreneur of the Year and many more.

Before founding The Muse, Kathryn was previously at McKinsey & Company, and also worked on vaccine introduction and healthcare infrastructure in Rwanda and Malawi with the Clinton Health Access Initiative.