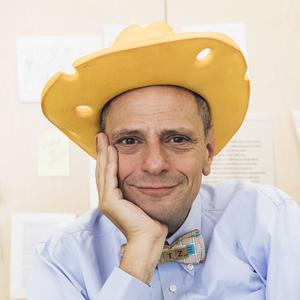 Stephen Ritz is an internationally acclaimed, award-winning educator, author of best-selling book, The Power Of A Plant and Founder of Green Bronx Machine. Known as America's favorite teacher, Stephen is responsible for creating the first edible classroom in the world. He and his students have grown more than 165,000 pounds of vegetables in the South Bronx, were celebrated at the Obama White House three times, have been featured on the cover of TIME for KIDS, and are the subject of a new, full-feature documentary, Generation Growth. A replica of his classroom was installed in the US Botanic Gardens in Washington, DC and his curriculum is being used in hundreds of schools across the United States, and internationally from Colombia to Dubai, from Canada to Cairo, to Doha, and beyond. The State University of New York uses his curriculum to train teachers in all content areas and Stephen consults nationally / internationally on education, health, wellness, urban farming and workforce development. His appearance on PBS' Growing A Greener World garnered the first Emmy Award in the ten year history of the show. Stephen serves as a Senior Fellow in Social Innovation at Babson College and as a Board Member for the NYC Nutrition Education Network. Stephen is now appearing in the new PBS educational series Let's Learn with Mister Ritz, testified for the U.S. House of Representatives Committee on Ending Hunger in America, and was just named to the Food Transition Team for NYC Mayor, Eric Adams.