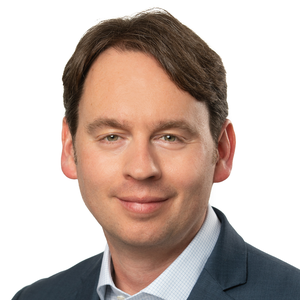 David Sullivan is the founding Executive Director of the Digital Trust & Safety Partnership. An experienced human rights and technology policy practitioner, he brings together unlikely allies to solve global challenges related to rights, security, and democracy in the digital age.

Most recently, David served as Program Director at the Global Network Initiative (GNI), a unique collaboration between leading technology companies and human rights groups to protect and advance freedom of expression and privacy rights online. During nearly a decade at GNI he played a key role growing and globalizing the initiative’s membership, implementing its unique assessment process, and advocating for rights-based approaches on issues such as terrorist and extremist content and Internet shutdowns.

David previously led the research and policy team at the Enough Project at the Center for American Progress, where he oversaw field research and policy analysis on mass atrocity prevention in Africa. There, he helped pass landmark legislation and changed government and company behavior around supply chains contributing to conflict in the Democratic Republic of Congo. Earlier in his career he worked for international NGOs providing election assistance to Pakistan and humanitarian assistance in West and Central Africa.

He has published extensively on technology, security, and human rights, with commentary appearing in Slate, Lawfare, and Just Security.

Based in Boulder, Colorado, he is a Humanity in Action Senior Fellow and serves on the Advisory Board of the Silicon Flatirons research center at the University of Colorado Law School. He holds a B.A. from Amherst College and an M.A. from the Johns Hopkins University Paul H. Nitze School of Advanced International Studies.

Evolving Content Moderation: The Next 10 Years at Hilton Austin Downtown Salon A

Evolving Content Moderation: The Next 10 Years at Hilton Austin Downtown Salon A