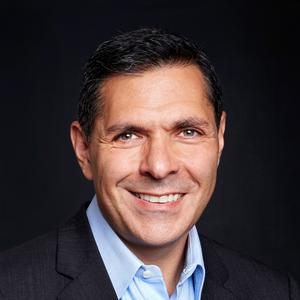 Starts With Us & Kind Snacks

Daniel Lubetzky is a social entrepreneur working to build bridges between people and increase appreciation for our shared humanity. The son of a Holocaust survivor, he has made it his life’s work to help prevent what happened to his father from happening again.

While best known as the founder of KIND Snacks, Daniel's foray into food was the unexpected outcome of his work to use business to bring neighbors in Middle Eastern conflict regions together. He conceived of civic initiatives OneVoice, Empatico, and Starts With Us to foster empathy and empower individuals to practice daily habits that move our culture away from extreme, divisive, and hateful positions.

Through his startup investment and incubation platform Equilibra Ventures, Daniel partners with promising entrepreneurs building innovative enterprises with integrity. A proud Mexican-American, he co-founded SOMOS, a brand on a mission to bring food from the heart of Mexico to American kitchens.

Daniel is passionate about channeling business forces to achieve social good. With the introduction of the KIND's first Fruit & Nut bars in 2004, he created a new healthy snacking category. Daniel proceeded to build KIND from one out-of-the-box idea into a multibillion-dollar global health and wellness brand committed to creating a kinder and healthier world – one act, one snack at a time.

Daniel is a member of the Anti-Defamation League’s Inaugural Board of Directors. He has received awards from The King Center (Salute to Greatness Humanitarian Award), the World Economic Forum, Skoll Foundation, Conscious Capitalism, Hispanic Heritage Foundation, and Horatio Alger Association. Daniel was named a Presidential Ambassador for Global Entrepreneurship by President Obama. He is the author of The New York Times bestseller Do the KIND Thing and a recurring shark on ABC’s television series Shark Tank.

Daniel holds a BA in Economics and International Relations from Trinity University and a JD from Stanford Law School. He is a proud US citizen who emigrated from Mexico at age sixteen. He enjoys spending time with his family and practicing magic.