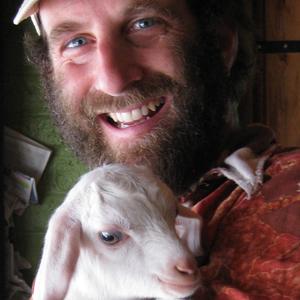 Doug Fine is a New Mexico-based bestselling author, regenerative hemp farmer and solar-powered goat herder. His latest book, American Hemp Farmer, is nominated for the Santa Fe Reporter’s 2021 Book of the Year award, and helped announce the arrival of the regenerative farming renaissance. He is developing a docu-series about hemp. food security and regenerative living. His focus for the past 15 years has been regenerative living for regular folks, beginning with his Boston Globe bestseller Farewell, My Subaru which is about his effort to live with far fewer fossil fuels. His SXSW 22 session in the Climate Track is titled, "What Anyone Can Do To Stabilize Climate: Plant Hemp," Doug has cultivated hemp food for farm-to-table products and seed-building in six U.S. states, and his own hemp seed variety has been used to clean soil in a New Mexico university study. He has collaborated on regenerative hemp advising, farming and genetics projects in numerous U.S. States and on Tribal lands. In addition to American Hemp Farmer and Farewell, My Subaru, his books include Too High to Fail and Hemp Bound. Willie Nelson calls Doug’s work “a blueprint for the America of the future.” The Washington Post says, “Fine is a storyteller in the mold of Douglas Adams.” A website of Doug’s books and audiobooks, and print, radio and television work, United Nations testimony, Conan and Tonight Show appearances, TED Talk and online regenerative hemp course is at dougfine.com -- His global work from Rwanda, Guatemala and Alaska has appeared in the New York Times Magazine, the Washington Post, Wired, Esquire and the Los Angeles Times, and before his television and book career, he was a long-time correspondent for NPR from five continents. Twitter and Instagram: @organiccowboy