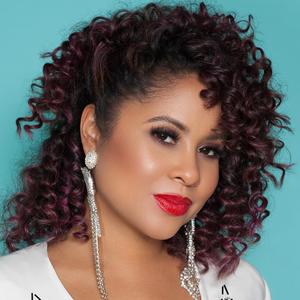 Born and raised in Brooklyn, New York to a West Indian mother and Chinese father, Angela was always extremely ambitious and studious. “Growing up, I spent the majority of my free time writing short, fictional stories and reading every novel I could get my hands on,” she recalls. Her love for writing continued through college where she earned a degree in English from Wesleyan University. After graduating, Yee utilized the relationships she built through internships at MTV, TVT Records and Wu-Tang Management to become assistant to the CEO of Wu-Tang Corporation in Detroit. She realized she had a knack for marketing and eventually transitioned to working for music legend Nile Rodgers’ Sumthing Else distribution label as well as various clothing brands, including the launch of Eminem’s line Shady LTD. “I was fortunate to work at companies associated with music icons early in my career,” Yee says.

Angela’s early music connections ultimately led her to SiriusXM Satellite Radio where she launched a successful radio career serving as co-host on Shade 45’s Cipha Sounds Effect morning show and her own radio shows, Lip Service and The Morning After with Angela Yee. She quickly developed a name for herself as a burgeoning media star by interviewing top entertainers—Nicki Minaj, Chris Rock, 50 Cent, and more—and providing a platform for unsigned artists, like then-emerging Drake, Machine Gun Kelly, and Big Krit, with her segment ‘Don’t Quit Your Day Job.’ Yee’s talent and work ethic did not go unnoticed, and after six years at SiriusXM, she was fielding job offers from radio stations across the country. She took a risk and accepted a position at the underdog station in radio’s number one market, New York City’s Power 105.1.

Power 105’s The Breakfast Club morning show was formed in December 2010 with Angela, DJ Envy, and Charlamagne Tha God. After only two years, the show became nationally syndicated and is currently syndicated in over 100 markets. Avid listeners anticipate Angela’s regular ‘Rumor Report,’ ‘Ask Yee,’ and ‘Front Page News’ segments. The Breakfast Club’s undeniable impact on the culture has garnered the trio several accolades: 2020 Radio Hall of Fame inductees, an Ambies nomination for Best Comedy Podcast in 2021, the iHeartRadio Urban Personality of the Year award in 2017, the NYS Broadcasters Association Outstanding On-Air Broadcast Personality or Team award in 2014, and the number one radio program in The Source’s Power 30 issue for five years in a row.

Angela has expanded her media presence with the Lip Service podcast—where she and her girlfriends discuss intimacy, sex, and relationships with the hottest stars in hip-hop and R&B. In addition, Yee has appeared as herself on three episodes of FOX’s hit television series Empire, and in April 2021, she teamed up with Facebook’s We the Culture content program and award-winning producer Rikki Hughes to create a 6-episode digital series, Mastery of Comedy, which pairs celebrity comedians (including Donnell Rawlings and Aida Rodriguez) with aspiring comedians for mentoring and guidance.

As her media persona continued to rise, Angela’s entrepreneurial spirit kicked in and, in 2018 she partnered with Styles P (of the legendary hip-hop group The Lox) to open a juice bar, Juices For Life, in Brooklyn, NY. After witnessing how beneficial the business was for the community, she launched a line of organic pressed juices called Drink Fresh Juice (distributed in grocers across the country) to provide her community with broader access to healthier beverage options. Angela’s other entrepreneurial ventures include a majority Black-owned coffee company Coffee Uplifts People (CUP) with a brick-and-mortar location in Brooklyn and the Private Label hair extensions shop in Detroit.

Giving back to the community and providing access to nutrition, financial literacy, education, and culture remains the core of all Yee’s entrepreneurial endeavors. In 2018, the New York City mayor officially designated August 28th as Angela Yee Day, which is her annual community event (held in Brooklyn), spotlighting local Black-owned businesses and Black and Caribbean music artists. Last year, Angela also partnered with the investing platform Public to help address wealth inequality by educating her followers on investing and building a more inclusive investing community. In addition, she launched the Angela Yee’s Book Club literacy initiative with WellRead, which showcases minority authors with unique stories. She is the first ever Global Ambassador for Diversity, Inclusion and Community Engagement for Brooklyn Sports and Entertainment (BSE) and the New York Public Library. She also sits on numerous boards including American Foundation for the University of the West Indies (AFUWI), Nile Rodgers’ We Are Family Foundation, the Fund for NYC Housing Authority, and The Shirley Chisholm Cultural Institute.

Angela has received two prestigious Gracie awards—one for National Radio Host/Personality and another for her Lip Service Podcast. Her other awards include Radio Ink’s ‘Most Influential Women in Radio,’ Spirit of Detroit, WEEN Mission award, the Shirley Chisholm Woman of Distinction, Vice-Chancellor’s Achievement award for AFUWI, the Airblazer award from the Mentoring & Inspiring Women in Radio Group, and the Talentmasters Morning Show Bootcamp award.

Angela Yee’s two-decade career has solidified her as this generation’s “go-to” media personality. With her finger on the pulse of hip-hop, culture and business, she is indeed a multi-hyphenate in every sense.