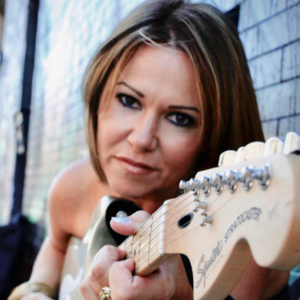 Pam is best known for co-writing the global hit and Billboard #1 single, “Genie in a Bottle” for Christina Aguilera. Other artists who have recorded Pam’s songs include: Demi Lovato, Jason Derulo, Jessica Simpson, Dream, Seal, Corrine Bailey Rae, Cece Winans, Tina Arena, The Backstreet Boys and Camila Cabello who earned international recognition and platinum status in the USA as well as a top 10 UK hit for her single “Crying In the Club”.

In the TV and film world, Pam has written end titles for “The Princess Diaries”, “Confessions of A Teenage Drama Queen” and Golden Globe nominated film “The Young Victoria”. Pam’s songs have featured in TV Disney films “Camp Rock” 1 & 2, “Jump In”, “Hannah Montana”, “Sonny With A Chance” and numerous others. Pam additionally co-wrote and sang the theme tune to the NBC series “Dance Your Ass Off” and appeared as the songwriting mentor in the first series of BBC TV’s “Fame Academy”.

Pam served on the board of SONA, (Songwriters of North America), she is advocate who fights to protect the value of songs and songwriter rights. SONA was one of the advocacy organisations, instrumental in lobbying for the Music Modernization Act, which passed unanimously in 2018.