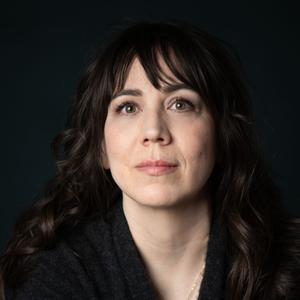 The End Of Bias: A Beginning

Jessica Nordell is an award-winning author, science writer, and speaker known for blending rigorous science with compassionate humanity. Her first book, The End of Bias: A Beginning, a finalist for the Royal Society Science Book Prize, is the culmination of fifteen years of reporting and writing on the subject of bias and discrimination and how to solve it, for publications including the New York Times, the Atlantic, and the New Republic. The End of Bias was named a Best Book of the Year by the World Economic Forum, Greater Good, AARP, and Inc. and is currently being used by organizations from newsrooms and tech companies to universities, healthcare orgs, and faith communities to solve their biggest cultural challenges.

With degrees in physics from Harvard and poetry from the University of Wisconsin, Jessica undertakes pioneering collaborations across disciplines; her work with computer scientists to simulate the real-world impact of workplace bias became a 2021 viral NYT story. Deeply engaged with connecting across differences to expand and heal the human experience, Jessica's own early-career experience with workplace bias inspired her passion for tackling discrimination and for seeing others in their full complexity and humanity. She is the recipient of a Gracie Award from American Women in Radio and Television and was named a Best New Poet by Tracy K. Smith. Jessica is a direct descendent of the last witch to be tried in the state of Massachusetts, and is an amateur rock drummer. She can be found online at www.jessicanordell.com and @jessnordell.com.

Listen to Jessica Nordell and other SXSW speakers on Audible