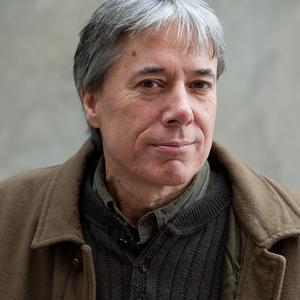 Director, Program On Inequality And The Common Good

Chuck Collins is the Director the Program on Inequality and the Common Good at the Institute for Policy Studies where he co-edits Inequality.org. His new book, The Wealth Hoarders: How Billionaires Pay Millions to Hide Trillions, is about the wealth hiding industry (Polity 2021).

He is author of the popular book, Born on Third Base: A One Percenter Makes the Case for Tackling Inequality, Bringing Wealth Home, and Committing to the Common Good (Chelsea Green) and, with Bill Gates Sr., Wealth and Our Commonwealth, (Beacon Press), a case for taxing inherited fortunes. He was featured in this interview in Sun Magazine and this interview on Fresh Air with Terry Gross.

He is an expert on U.S. inequality and the racial wealth divide and author of numerous reports and several other books, including Is Inequality in America Irreversible?, with Mary Wright, of The Moral Measure of the Economy, a book about Christian ethics and economic life.

He is a founding board member of the Patriotic Millionaires.

In 1995, he co-founded United for a Fair Economy (UFE) to raise the profile of the inequality issue and support popular education and organizing efforts to address inequality. He was Executive Director of UFE from 1995-2001 and Program Director until 2005.

Collins has a B.A. in history and economics from Hampshire College and a Masters in Community Economic Development from Southern New Hampshire University.

Listen to Chuck Collins and other SXSW speakers on Audible