Pete Buttigieg took office in January, 2021, as the 19th U.S. Secretary of Transportation.

Prior to joining the Biden-Harris Administration, Secretary Buttigieg served two terms as mayor of his hometown of South Bend, Indiana. A graduate of Harvard University and a Rhodes Scholar at Oxford, Buttigieg served for seven years as an officer in the U.S. Navy Reserve, taking a leave of absence from the mayor’s office for a deployment to Afghanistan in 2014.

In South Bend, “Mayor Pete” Buttigieg worked across the aisle to transform the city’s future and improve residents’ everyday lives. 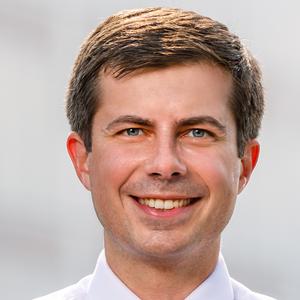