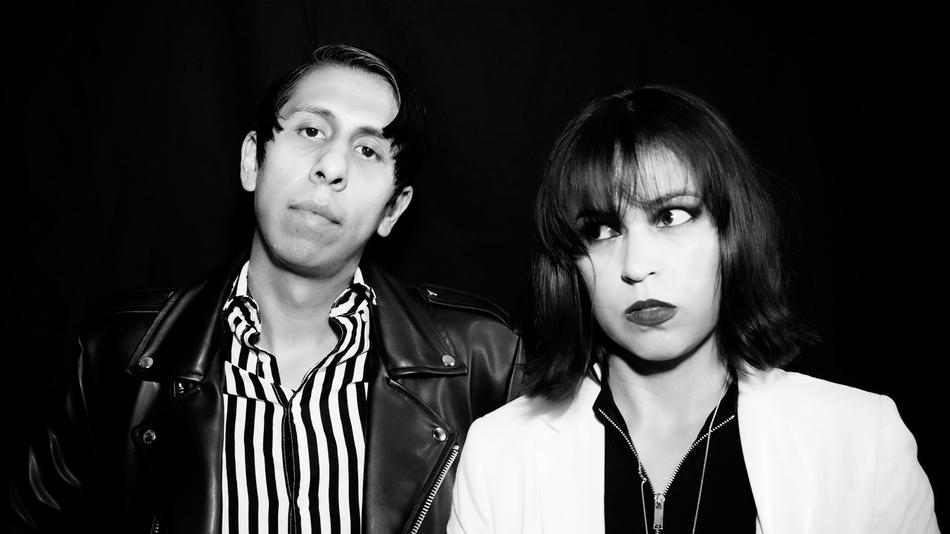 Emerging from San Diego, California, the synth-pop electronic band Glass Spells blends futuristic synth melodies and energetic beats with enchantingly bright female vocals.
Originally formed in Calexico and now in San Diego, by songwriter / multi-instrumentalist Anthony Ramirez in 2014. After writing a few songs on a Juno-60 and bass guitar, Anthony invited friends to form the live band. In 2019 Tania Costello joined as lead singer and Glass Spells released their EP “Mirrors” in 2020. They were signed to the label Negative Gain Productions shortly after.
Inspired by nostalgic synth-driven classics, Glass Spells’ latest full-length album "Shattered" (2021) is already shimmering with nostalgia. Inspired by the insanity of dreams and love gone sour, the vocals take flight on a tale of longing. Paired with haunting synth melodies and palpitating beats. The duo is currently accompanied by drummer Michael Buehl during live shows.
Glass Spells have won the attention of many by its characteristic sound, which incorporates several elements from Indie, post punk, and modern electronic to create rhythms that will not get out of your head.