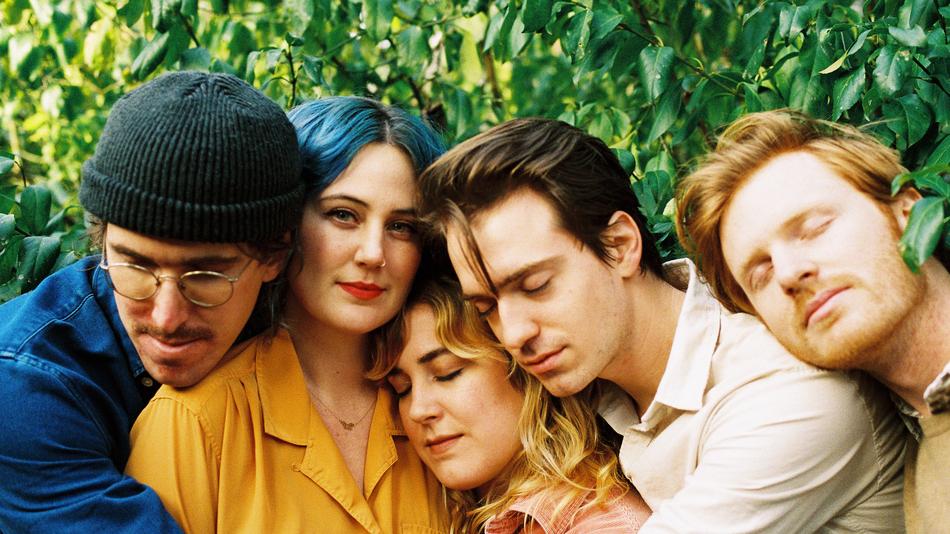 A missing link between indie-rock and classic country western, Atlanta-based Neighbor Lady is comprised of Emily Braden, Jack Blauvelt, Merideth Hanscom, and Andrew McFarland. Led by the siren voice of front-woman and songwriter Emily Braden, Neighbor Lady began as a solo project. She began writing music by herself and for herself; lyrically, the songs chronicle events in her personal life and her emotions surrounding those events.

Having grown up on a farm in pastoral Rome, Georgia, she moved to Athens, Georgia after high school, met guitarist Jack Blauvelt and formed Neighbor Lady, a small band centered on supporting Emily’s songwriting. As Braden puts it, “Neighbor Lady started because I was too nervous to play a show by myself, so I asked my friends to play with me.”

Neighbor Lady’s debut LP Maybe Later consists of 7 songs that introduce the band’s foundations of country-kissed indie-rock in a poignantly sweet and evocative style — the album shifts fluidly between the dreamy, stripped-down, aching melodies of just Braden and her guitar, to the powerfully noisy and fiery hooks of the full band. Neighbor Lady’s momentum is indebted to their blend of a powerfully dynamic band pa