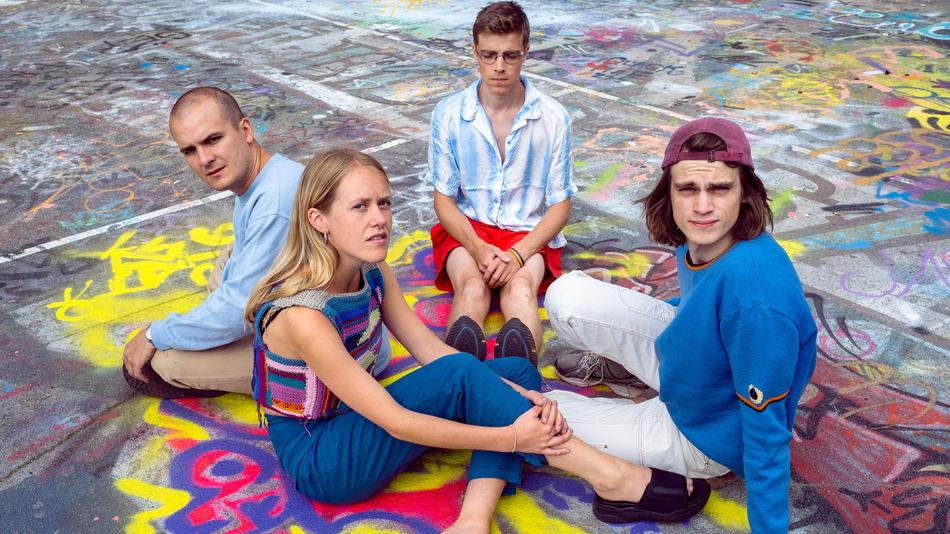 “If you have a vacancy for Favourite New Band, Pom Poko would like to apply for the role,” tweeted Tim Burgess in April last year, as Norway’s finest punk-pop anti-conformists revisited their joyous debut album, Birthday, for one of Tim’s mood-lifting Twitter listening parties. Pom Poko pimp their CV on all fronts with their glorious second album, Cheater, released on Bella Union in January 2021. Between the quartet’s sweet melodies, galvanic punky ructions and wild-at-art-rock eruptions, Cheater is the sound of a band celebrating the binding extremes that make them so uniquely qualified to thrill: and, like Tim’s listening party, to fulfil any need you might have for a pick-you-up.

Alongside Pitchfork praising the band's "adorable debauchery" in a 7.5/10 review of Cheater, Pom Poko have been championed by NME, Mojo, DIY and playlisted at BBC6 Music and Triple J whilst also taking the media by storm locally with nominations at the Norwegian Grammy Awards and The Nordic Music Prize.