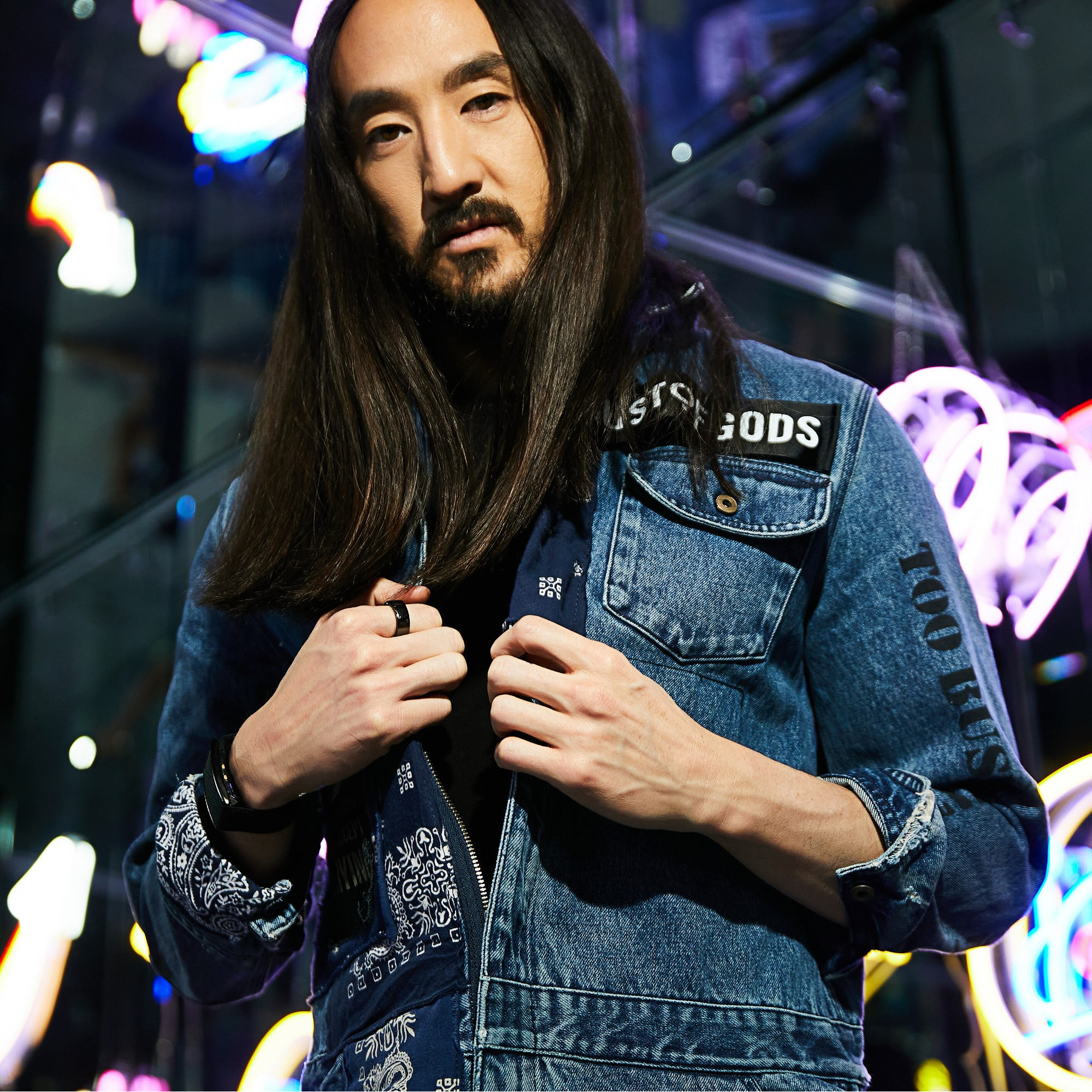 STEVE AOKI is a 2x Grammy-nominated international producer/DJ and founder of the trendsetting record label, events/lifestyle company and apparel line Dim Mak. Aoki is a tastemaker, entertainer, designer, entrepreneur, and philanthropist. In 2012, he started THE AOKI FOUNDATION whose primary goal is supporting organizations in the brain science and research areas.

Musically, Aoki is known for his genre-spanning collaborations ranging from BTS to Migos, Linkin Park, Louis Tomlinson (One Direction) and more. His debut artist album was nominated for a Grammy in the Best Electronic/Dance Album category. His follow up albums Neon Future I and Neon Future II were certified Gold. In 2017, Aoki released Kolony (via Dim Mak Records / Ultra Records), which debuted at #1 on the Electronic Album charts and marked his first full turn into rap music. Most recently, Aoki released his singles “Azukita” with Daddy Yankee, Elvis Crespo and Play n Skillz and “Pretender” with AJR and Lil Yachty.

With his second Grammy nomination in the Best Music Film category as the subject of the 2016 Netflix Original documentary “I’ll Sleep When I’m Dead,” countless awards, including holding the Guinness Book of Records title for ‘Most Traveled Musician in a Single Calendar Year’ and TV appearances from The Daily Show with Trevor Noah to Martha & Snoop’s Potluck Dinner to X Factor (UK), Aoki is a truly a global force.