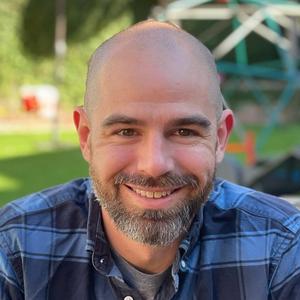 Kip Kroeger is an award-winning producer who never expected to be a filmmaker—he entered college with a focus on computer science, but by the time he graduated, Kip was producing his first feature-length documentary, Ithuteng (Never Stop Learning). This documentary inspired Oprah Winfrey to donate $1 million to the impoverished school that is that documentary’s subject and namesake, and earned Kip a guest spot on her television show (with the documentary later being purchased by HBO).

Following the success of Ithueng, Kip began his Hollywood career in earnest working as a PA on NBC’s Scrubs, working his way up the ladder to Post-Production Supervisor by the series’ final season. He went on to work such productions as TNT’s Falling Skies, AMC’s Hell on Wheels, TVLand’s The Exes, ABC’s Malibu Country, FX’s Saint George, and NBC’s Undateable (the first sitcom to air an entire season on live TV in over 20 years). Currently the supervising producer of AppleTV’s hit series Ted Lasso, and a co-producer on such productions as ABC’s The Conners and FX’s Dave, Kip spends his dwindling free time developing his own streaming, film, and TV projects.

Ted Lasso: Emotion in the Edit

Ted Lasso: Emotion in the Edit