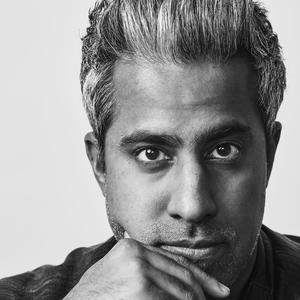 Anand Giridharadas is a writer.

He is the author of Winners Take All: The Elite Charade of Changing the World, The True American: Murder and Mercy in Texas, and India Calling: An Intimate Portrait of a Nation’s Remaking. A former foreign correspondent and columnist for The New York Times for more than a decade, he has also written for The New Yorker, The Atlantic, and Time, and he is the publisher of the popular newsletter The Ink.

He has spoken on stages around the world and taught narrative journalism at New York University. He is a regular on-air political analyst for MSNBC.

Born in Cleveland, Ohio, he was raised there, in Paris, France, and in Maryland, and educated at the University of Michigan, Oxford, and Harvard.

His writing has been honored by the Poynter Fellowship in Journalism at Yale, the Porchlight Business Book of the Year award, the Outstanding Lifetime Achievement Award for Humanism in Culture from Harvard, and the New York Public Library’s Helen Bernstein Award. He lives in Brooklyn, New York, with his wife, Priya Parker, and their two children.