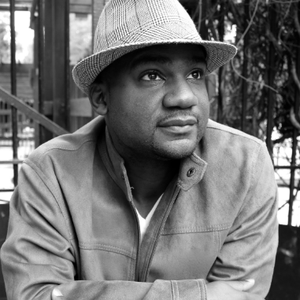 Beast of the East Productions

world of film and media. He has made his name producing films made by people of color,

women, and the LGBTQ community, and seeks to promote themes of passion and integrity in all

A founding partner and President of Beast of the East Productions (BOTEP), Ramfis has built a

successful and proven body of work as a producer. His most recent achievement, a feature film

entitled Cicada (2020), won awards at several film festivals around the world and was

distributors in the UK, Germany, Switzerland,France, Ireland, and several other regions for

Print (2012) at the 65th Annual Cannes Film Festival, where it was picked up by Shorts

International for worldwide distribution. He then went on to produce a music video entitled “Any

Other Way” for the legendary rock group The Zombies. After that, Ramfis got behind the feature

film entitled A Boy, A Girl, and A Dream (2018), which premiered at Sundance and was acquired

project entitled 5150 (2021), which explores mental illness in the black community. The film was

program. There he works with a diverse group of worldwide filmmakers, develops and shares

works in progress, and helps elevate the voices of independent storytellers.

panelist across a variety of film festivals. Ramfis is a regular speaker at the Cannes Film

Festival, the UK’s Raindance, and is an established speaker and mentor at South by Southwest.

generation of students, artists, and creators. In this pursuit, Ramfis has served as a judge for

Towns College, and as an acclaimed speaker at NYU, Columbia University, Hofstra University,

and HBCUs across the country. Ramfis’ dedication to giving back is reflected by his international

Ramfis also volunteers with Mythic Bridge, The Parity Project, The "I Can Still Do That"

Foundation, Teach for America, Schools That Can, Hofstra University's Youth Film Day, and

Blacks on Wall Street. Ramfis continues to share his experience by mentoring students on both

coasts as well as working with NPower, a nonprofit