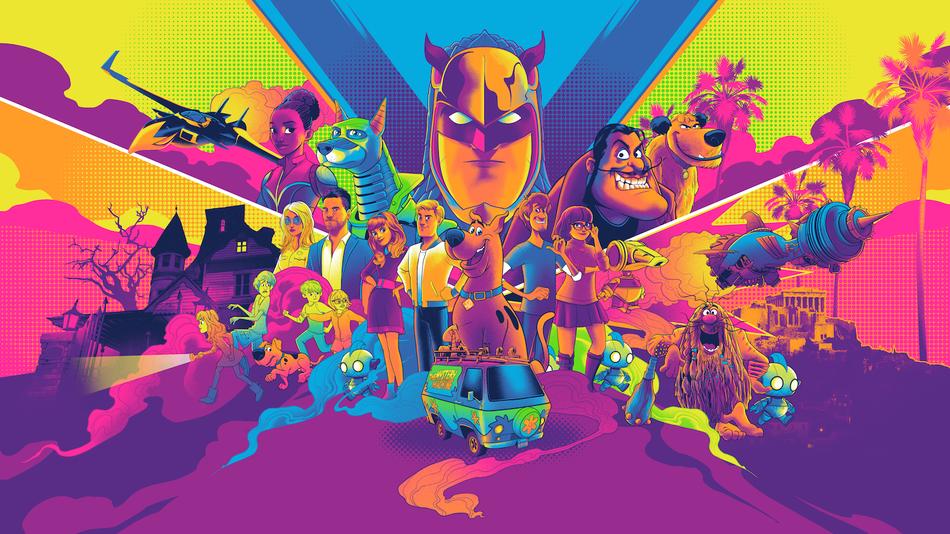 With an eye-catching neon color scheme and dynamically animated illustrations, the Scoob! title sequence imagines the continuing story of Scoob, Shaggy and their friends as they become the powerful members of Mystery Inc., following their dramatic conflict with Dick Dastardly. Director Tony Cervone desired an aesthetic for the title sequence that was completely distinct from the feature animation style. Aspect partnered with UK-based illustrator Matt Taylor in order to accomplish this distinctive look, adding 2d and 3d animation to the animated vignettes.