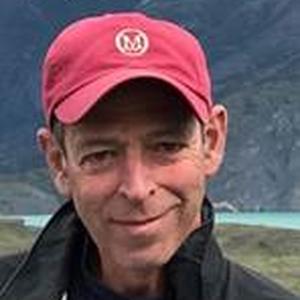 Paul Stekler’s documentaries about American politics have won numerous national honors including multiple Emmys, Peabodys and du-Pont-Columbia Journalism awards, and have all been aired nationally on PBS. His films include Sundance Special Jury Prize winner George Wallace: Settin’ the Woods on Fire, the Peabody Award winning Vote for Me: Politics in America (a two night national special), three films that aired on PBS’s POV series (Last Man Standing: Politics Texas Style; Louisiana Boys: Raised on Politics; and Getting Back to Abnormal, a film about New Orleans and race relations after Katrina), and two of the Eyes on the Prize civil rights history series films. His most recent project, Postcards from the Great Divide, made with longtime partners Louis Alvarez and Andy Kolker, is a series of nine short films about politics in nine states, that was launched on the Washington Post’s politics website and on PBS.org.

Dr. Stekler has a doctorate in American politics (Harvard ’82) and has been the Chair of the Department of Radio-Television-Film since 2010, having previously come to UT in 1997 to reorganize that department’s film production program, which is now one of the top ten programs in the country. Stekler, who was Variety’s film school Mentor of the Year in 2014, previously founded the UT LBJ School’s Center for Politics and Governance, worked as political pollster in Louisiana, and co-wrote Native American novelist James Welch’s non-fiction book Killing Custer, which was a New York Times Notable Book of the Year. He also writes about politics and film, having published, among other places, in the Texas Observer and the Texas Monthly.