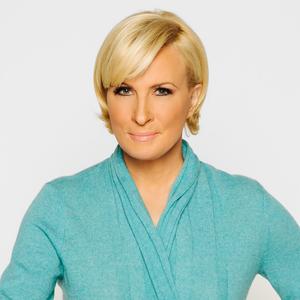 Mika Brzezinski is the co-host of MSNBC’s “Morning Joe,” founder of “Know Your Value” and author of four best-selling books. In 2015, Mika launched “Know Your Value,” a nationwide movement in partnership with NBCUniversal to support an empowered and inclusive community that helps all women recognize, and be recognized for, their worth in business and in life.

Prior to joining MSNBC in 2007, Mika was an anchor of the CBS Evening News Weekend Edition and a CBS News correspondent who frequently contributed to CBS Sunday Morning and 60 Minutes.

In 2018, Mika was awarded with the New York Women in Communications’ Matrix Award. Mika, along with “Morning Joe” co-host Joe Scarborough, was inducted into the Cable News Hall of Fame in 2016. Mika also served as a Visiting Fellow at the Institute of Politics at Harvard’s Kennedy School in the fall of 2017.

Mika recently released “EARN IT!: Know Your Value and Grow Your Career, in Your 20s and Beyond” with co-author Daniela Pierre-Bravo, which provides young women the tools to find their voices and build success.