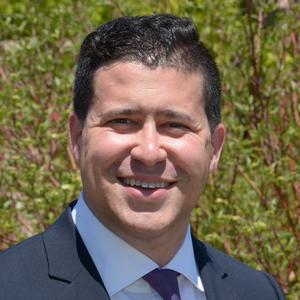 Tony Uceda is the Development Director for StartOut. Tony has been doing social justice work for his whole life, seeing his job as an important way of life in order to create and live in the best world possible. Tony wants to help create a world where he, as a Latinx gay man, and all people can live free of discrimination, persecution, violence, and judgement. Tony loves supporting and raising money for advancing the LGBTQ movement. Tony received a Bachelor of Arts in Philosophy at the Saint Joseph Seminary College and received a Fundraising Management Certification from the Lilly School of Philanthropy at Indiana University.

Previously, Tony was the National Major Gifts Officer for the National LGBTQ Task Force. At the Task Force, Tony was responsible for overseeing the Major Gifts team and stewarding over 300 major donors while planning several donor events throughout the country. Tony also was Catholic Seminarian for the Archdiocese of Atlanta and he worked as a Branch Assistant Manager for Bank of America and as the Director of Mission and Program Integration for St. Labre Indian Mission. Currently, in addition to working at the StartOUT, Tony is a ministry team member of Out of St. Paul, the LGBTQ ministry of his parish at St. Paul the Apostle in New York City, which seeks to engage Catholic faith through service to the community, social activities, and the exploration of Catholic spirituality. Tony loves to volunteer with the many LGBTQ organizations in NYC, loves salsa dancing, and travel. Tony is originally from Atlanta, GA and is based in New York City.