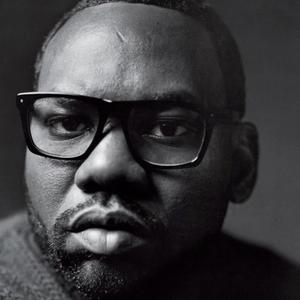 For 25 years, Raekwon The Chef has been one of the most sought out voices in Hip-Hop music. The Staten Island native born Corey Woods is a true originator of lyricism, street culture, and rugged NYC style. From swarming the mainstream with his Wu-Tang Clan cohorts to his classic debut Only Built 4 Cuban Linx, Raekwon is a swordsman with rhymes. The highly-acclaimed MC released his seventh solo album, The Wild, through his own Ice H20 imprint; the album positions the acclaimed veteran as an apex predator in the jungle of Rap music.

Like most of his comrades, Rae’ made his musical debut on the 1993 classic album, Enter The Wu-Tang (36 Chambers). There, the young MC dropped iconic verses on classic singles “C.R.E.A.M.,” “Protect Ya Neck,” and “Can It All Be So Simple.” Gritty, while introspective, Shallah Raekwon’s verses blended humility of a poverty-stricken upbringing, mistakes of a criminal past, and pride with his original rhyme styles. From that, Rae’ was quickly offered a major label solo deal through Loud Records. After sharing his “Heaven & Hell” single in late 1994 by way of the Fresh Soundtrack, the Shaolin (a nickname for Staten Island) wordsmith was the architect of a masterpiece.

Mid-1995’s Only Built 4 Cuban Linx (or affectionately remembered as its cassette form, “The Purple Tape”) ushered in an era of “Criminology” in rhyme, confessed through intricate slang, dirty samples, and revolutionary skits. For his part, Raekwon applied his affinity for John Woo’s 1989 film The Killer into his own treacherous world of hustling, depression, and the desire to master the craft of MC’ing. Awarded the prestigious ‘5 Mic’ review from The Source, the debut remains one of the keystones of the Wu-Tang catalog. Platinum-certified (the album went Gold in a mere four days), the album forever changed the Rap narrative, from the standpoints of narrative and creativity.

“It’s all about leaving an imprint in Hip-Hop, and being what people expect you to be,” reflects Rae’ today. “For me, I’m blessed. I had three different successes, from Wu-Tang Clan, to Raekwon & Ghostface Killah, to myself.”

For the rest of the ‘90s, as he’s done throughout his career, Raekwon The Chef divided his time between advancing his team, laying down a rich solo legacy, and lending his lyricism in guest roles. The MC would cross the country making high profile appearances with Outkast and Tash, only after securing a #1 debut and with Wu-Tang Forever. Like its predecessor, the quadruple platinum album’s singles relied heavily on the MC’s sharp cadence and inventive rhyme patterns. By 1999’s Immobilarity, Raekwon again aimed to challenge himself. Following an LP that shared its credit with some of RZA’s most cohesive production, Chef stood apart from fellow Clansmen in tapping Pete Rock and others for another gold showing.

While Raekwon’s career was defined in the 1990s, his legacy has been cemented in the 2000s. He was a key player in three Wu-Tang Clan albums, an acclaimed side project with Ghost’ and Method Man, and a plethora of guest work. However, 14 years removed from his debut, and completely independent (after a stint at Dr. Dre’s Aftermath Entertainment, under Busta Rhymes), Raekwon contended with Rap’s greatest sequel. 2009’s Only Built 4 Cuban Linx Pt. II was a stellar update to a sacred Rap listen. Featuring involvement from Wu, Dre, Slick Rick, Busta, and the late J Dilla, the LP was not a throwback—but a flashy reminder of Raekwon the auteur. Additionally, the Top 5 indie debut made Ice H20 Records a cold contender in the marketplace. Rae’s label would quickly harness the same energy towards Capone-N-Noreaga’s The War Report 2.

The success for Raekwon has continued. The MC was tapped by Kanye West for 2010’s My Beautiful Dark Twisted Fantasy, and has been in the studio with Jay Z. 2011’s Shaolin vs. Wu-Tang was a warmly-welcomed progression of Rae’s sound. “I look at my music at going to the movies. You want comedy, fun, horror, thrillers? It’s all about what you want. At the end of the day, I’m a guy who wears many hats,” says the MC who has made each LP unique, and apart from the one before it. 2015’s Fly International Luxurious Art celebrating his skills and place in the game, with an elite class of company to share the microphone with.

Now, Raekwon goes into The Wild, unafraid to lay down his most courageous work and advance the sound once more. As an MC, an executive, and even a fashion icon, Raekwon has is a cultural touchstone. To his peers and to younger artists, he is a stamp of approval and authenticity. From 2 Chainz to Yelawolf, to his own Ice H20 artist Pure, Raekwon is a microphone mentor that reaches all generations, geographical regions, and sub-genres within Hip-Hop. “Even though today is a more digital single-driven world, I’m still in album mode and about doing great bodies of work. This record is about me stepping into the wilderness, and letting the kingdom know that this is the wild.”