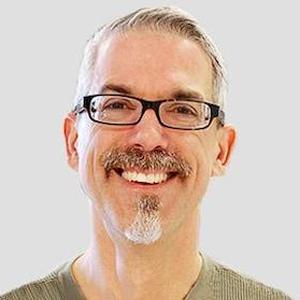 Michael was awarded a Ph.D. in biochemistry and molecular biology for pioneering studies of bread mold. He has a suspicious habit of being present during world-changing healthcare innovations. At the NIH he coined the term “autoinflammatory disease” to describe a group of heartbreaking inflammatory disorders, in large part because his boss was upset at him for calling them autoimmune. The work translated into tests and treatments that reduced suffering on a grand scale, and redefined inflammatory science. At Crescendo he conned a cross-disciplinary team of academic and biotech gurus into believing they enjoyed participating in the painful birth of molecular diagnostics/personalized/targeted medicine. The unmet need Crescendo addressed catapulted it up (Inc 500’s #1 in healthcare), and out (via acquisition). At Haus Michael helped convert vegetable juice into therapies so inexpensive, efficacious, and safe that they threaten to democratize state-of-the-art medicine on a global scale.

The latest biotech company he founded, Haus Bioceuticals, is in the black, has a growing market share with global reach, no debt, improved the lives of eczema and psoriasis sufferers, and has made solid progress in diabetes and Alzheimer’s. It is also exactly what the founding team, which, amazingly, is still in place, and more amazingly, runs the show, wants it to be. This miracle was pulled off in part by breaking some of the cardinal rules of biotech e.g. “get big as fast as you can to survive the valley of death” and “obsolete yourselves in the process”. It also involved developing a series of interdependent principals, each learned in the field over the course of decades. It’s a rubric of sorts, scalable, adaptable, and generalizable. It also involved inventing a new space, a commercial and clinical goldmine that can be continually leveraged to improve the world, a world where eczematous babies don’t scratch themselves bloody, and old men don’t forget they were young.