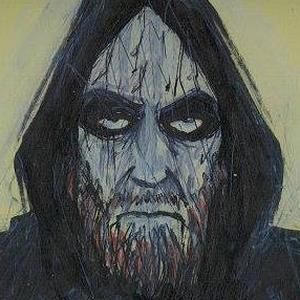 I am a drummer, musician, artist, DJ, music curator, photographer, former record store owner, former record label owner. I am a curator at Pandora / Sirius XM, the largest streaming service in the US. I manage the Catalog & Creator Engagement team. We help creators use Pandora’s tools and navigate the world of streaming services. We help all kinds of creators promote their music and manage their careers. I’m also the head of Metal & Punk programming. I ran aQuarius recOrds in San Francisco from 1994 - 2016. The store was known around the world for the aQ List, a weekly magazine length email, full of long, opinionated reviews. Over the course of 22 years I reviewed more than 30,000 records. I also used to run tUMULt, a record label that existed for close to 20 years, with more than 50 releases. The label played a crucial part in the early days of US black metal, most notably releasing the only record by Weakling and the very first release by Leviathan. tUMULt also released records by OCS (aka Thee Oh Sees), Brainbombs, Acid Mothers Temple, Harvey Milk, Skullflower, Souled American, Hammers Of Misfortune and tons more. I’ve been playing drums since I was 9 years old, touring and recording since I was 19. I played in a math rock / post rock band called A Minor Forest, a grind pop / noise-pop band called P.E.E., an SF punk band called J-Church, a stoner metal band called High Tone Son Of A Bitch and an experimental post rock band called Lumen. I also played drums in two Boadrum performances with Japanese experimental outfit The Boredoms: 77 drummers in 2007 in Brooklyn, NY, and then 88 drummers in 2008 in Los Angeles. I also played extra drums with noise rock outfit Shit And Shine. I now play in Common Eider, King Eider, a ritualistic doom/drone duo, and I have a new band called My Heart, An Inverted Flame, which is super heavy, droney, repetitive and shoegazey, like a doom metal version of Popol Vuh, Taj Mahal Travellers and Tony Conrad & Faust. It’s only synths and drums. I also do a radio show on Gimmeradio.com called Battleflutes & Sideways Skulls, specializing in damaged, lo-fi, outsider black metal and experimental doom/ noise.