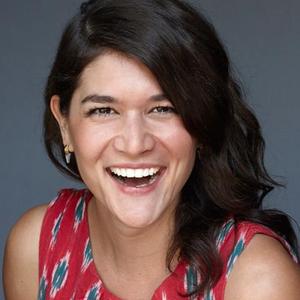 Named one of Cynopsis Media’s 2018 Top Women in Digital, Genevieve Jones is an award-winning Los Angeles-based producer and storyteller currently heading up physical production for television at Ubisoft Film & Television. In her role, Jones oversees all aspects of physical production for television adaptions of Ubisoft’s award-winning games and original series set in the world, culture and community of gaming. She is currently working on Ubisoft’s first ever live-action TV series, MYTHIC QUEST: RAVEN’S BANQUET, for Apple TV+ among a slate of other TV adaptations from Ubisoft’s video game library. MYTHIC QUEST: RAVEN’S BANQUET was created by IT’S ALWAYS SUNNY IN PHILADELPHIA veterans, Rob McElhenney, Charlie Day and Megan Ganz and is produced in partnership with 3 Arts Entertainment and Lionsgate Television.

Prior to joining Ubisoft, Jones was the Director of Production at Robert Kirkman’s Skybound Entertainment where she produced a slate of scripted and non-scripted content including pilots, premium digital series, and groundbreaking narrative virtual reality projects such as GONE, which Samsung Featured at SXSW in 2016.

Jones is also a parter and founding member of Can’t Not, a creative collective dedicated to supporting new voices through high-quality filmmaking and dynamic, immersive experiences for audiences.