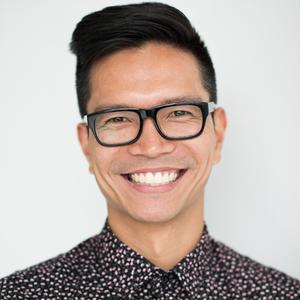 Carlo Velayo is the inaugural SFFILM New American Producer Fellow. He was an associate producer on Cheryl Furjanic's Emmy-nominated BACK ON BOARD: GREG LOUGANIS, and made his debut as a p.g.a. producer and 1st AD on Jessica M. Thompson's THE LIGHT OF THE MOON, receiving the 2017 SXSW Audience Award for Narrative Feature.

Carlo’s focus is to strengthen the co-production opportunities between the Philippines and the United States. Under 7107 Entertainment, a production company Carlo formed with Isabel Sandoval and three-time Tony and Grammy Award-winning producer, Jhett Tolentino, he is currently developing a slate of narrative and documentary projects. Carlo has secured the option to adapt Carlos Bulosan’s autobiographical novel, “America Is In The Heart,” into a limited series.

Born in the Philippines, raised in Australia, trained in NYC and previously based in Los Angeles, Carlo literally brings ‘love’ to all of his creative collaborations.