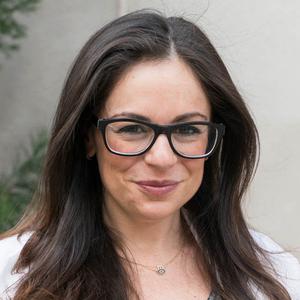 Kate Bernstein is a two-time Emmy Award winning EP and showrunner in unscripted television. She has developed, written and produced hundreds of hours of television for MTV, E!, Travel Channel, VH-1, Bravo TV, CMT, Logo, Channel 4 UK, Lifetime, TLC and Metro TV. Kate was the Executive Producer of MTV’s long-running award- winning hit series, MADE, an inspirational coming-of-age docu-drama that paired teenagers with a professional mentor who helped them overcome adversity, work hard to accomplish their dreams and discover who they really are. During her five seasons on MADE, she also developed and produced spin-offs MTV’s MADE #DreamBigger and CMT MADE. She was a long-time producer of The Fabulous Life on VH-1 and developed E!’s House of DVF with Diane Von Furstenberg. Most recently, Kate executive produced Bravo TV’s new limited series In a Man’s World, the social experiment docuseries follows four women as they morph into men to explore gender bias in their communities. Currently she’s executive producing the second season of Marrying Millions, a relationship docu-drama. Kate received her BA from Swarthmore College and her MA from NYU’s Tisch School of the Arts. She was born in Moscow, Russia and raised in Brooklyn, New York where she still resides and sits on the Board of Directors of the North Brooklyn Parks Alliance.

The Truth About Reality TV And Mental Health