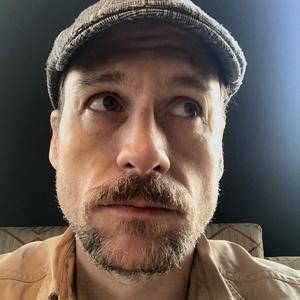 Jonny has been working professionally as a Director and Producer making television, commercials and feature and short films for more than a decade. During that time he’s learned to master the many ways production assists both the Director’s and client’s vision from script to screen through mastering techniques of line producing, scheduling, and budgeting without neglecting production value or the client's needs while creatively maximizing the amplification and tones of the story being told through casting, blocking and lensing a scene. With more than fifty TV directing credits to his name, some of Jonny’s partnerships include A&E, TLC, Investigation Discovery, Discovery, ESPN and PBS. Along the way, he’s also collected Film Festival laurels from SXSW, Sundance, Berlinale, Venice, Fantastic Fest, Guadalajara IFF, Busan IFF, Rotterdam IFF, Traverse City, and LAFF to name a few. Throughout his career, Jonny has been fortunate to observe, work with & learn from some amazing Directors, as well. Some of those include L.M. Kit Carson, Guillermo Del Toro, Wes Anderson, Hanna Fidel, Spike Jones, Robert Rodriquez, David Gordon Green, Kat Candler, Richard Linklater, Jonathan Demme & Terrence Malik.