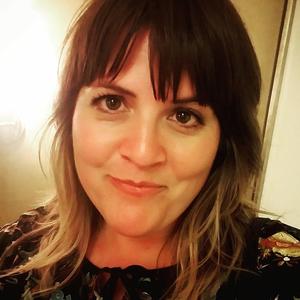 Megan Griffiths is a writer/director working in film and television. She has directed shows for HBO, EPIX, TNT, Hulu, USA, Fox, Netflix, and served as the producing director for season two of Amazon’s “The Summer I Turned Pretty.” In 2021, Griffiths directed two features: I’LL SHOW YOU MINE (produced by Duplass Brothers Productions), and YEAR OF THE FOX. Prior to this, she wrote and directed SADIE (Sophia Mitri Schloss, Melanie Lynskey, Tony Hale), which premiered at the 2018 South by Southwest Film Festival. She also created the thriller THE NIGHT STALKER (Lou Diamond Phillips, Bellamy Young), which premiered on Lifetime Television. Her film LUCKY THEM (Toni Collette, Thomas Haden Church, Johnny Depp) premiered at the Toronto International Film Festival and was distributed by IFC Films. Griffiths’s film EDEN (Jamie Chung, Matt O'Leary) was a breakout at SXSW 2012, winning the Emergent Narrative Director Award, the Audience Award for Narrative Feature as well as a Special Jury Prize for Jamie Chung. Griffiths’ feature THE OFF HOURS (Amy Seimetz, Scoot McNairy), was distributed by Film Movement and premiered at the 2011 Sundance Film Festival.