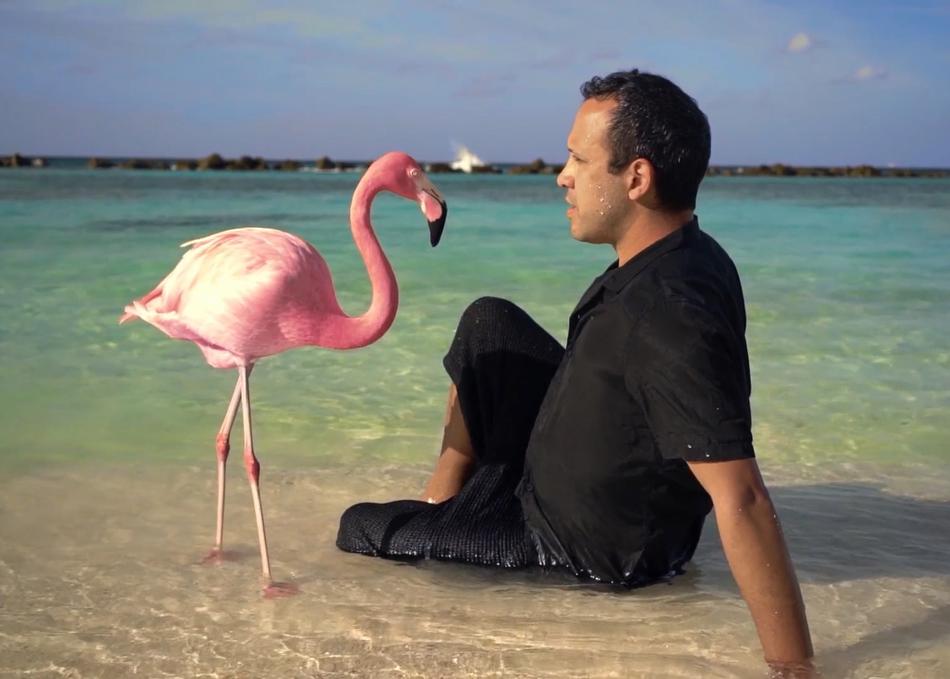 Rigo Pex is a serious but eccentric sound engineer whose comfortable life is suddenly disturbed by a strange phenomenon: The Pink Flamingo.

These pink birds seem to follow him everywhere like signs that lead Rigo to an investigation to reveal their mysterious meaning.

He'll study their impact in our society and eventually travel to the US to meet a series of disparate characters who reinforce their personality with the bird’s figure: Internet sensation Pink Lady, music guru Allee Willis, pop band Kero Kero Bonito or cult filmmaker John Waters, among many others.

Rigo will be our guide through this journey on how icons can help us finding our own identity and eventually change our lives.