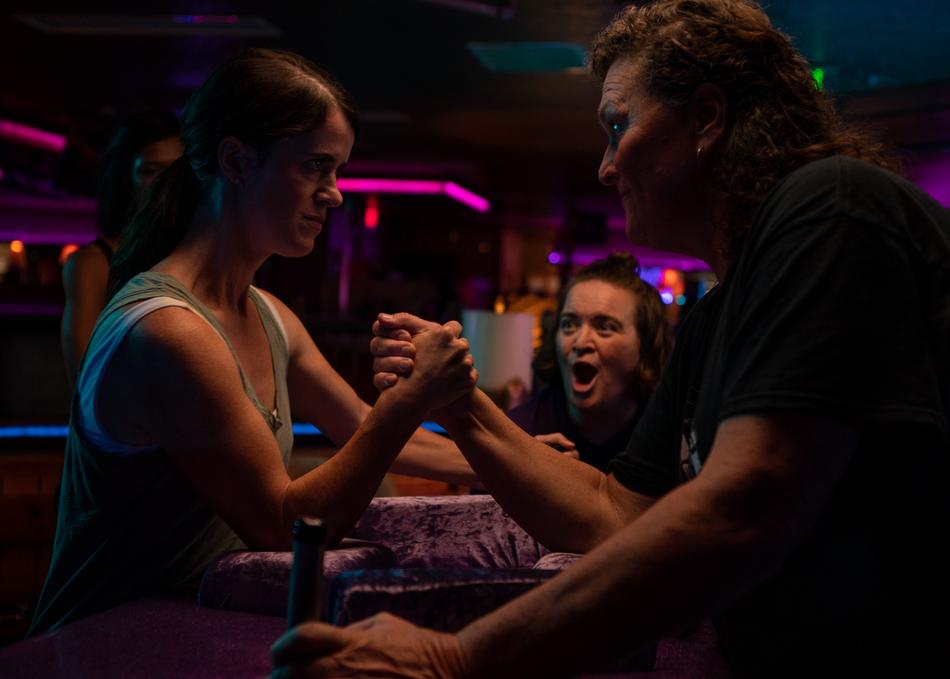 Imagine a badass world where women are beautiful badass beings who arm wrestle for money. And they love it! This is not a world familiar to our hero Melanie. She’s a baker in a small town, struggling with debt and a major case of the blahs caused by her failed marriage. When her ex demands half her grandmother’s bakery in their divorce, Melanie has no other choice but to take her best friend Danny’s advice -- to train for the Ladies Arm Wrestling Championship and its prize of $15,000. Sounds crazy, right? So crazy, it just might work if Melanie can toughen up and take down the reigning champ, a complete hulk who is also Danny’s arch nemesis, Brenda “The Bonecrusher” Smith!