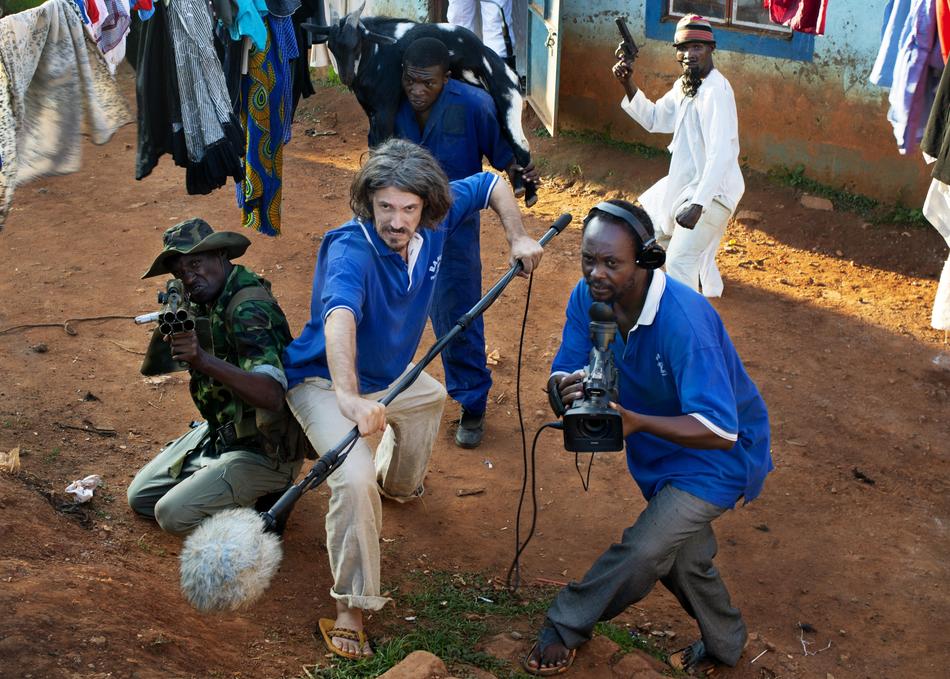 In the slums of Kampala, two men from opposite sides of the world come together over a shared love for America’s greatest hero: Rambo. Against all odds, the two make their own action movies with no money — and bring joy to millions of people on the internet. Welcome to “Wakaliwood.” Through comedy and kung-fu, "Once Upon a Time in Uganda" chronicles the unlikely friendship between Isaac Nabwana, a director hailed as “Africa’s Tarantino,” and Alan Hofmanis, a film programmer from New York. While Isaac tirelessly makes feature after feature, Alan brings his films to international audiences. But tensions flare as Isaac’s star rises — threatening their partnership and all of Wakaliwood.