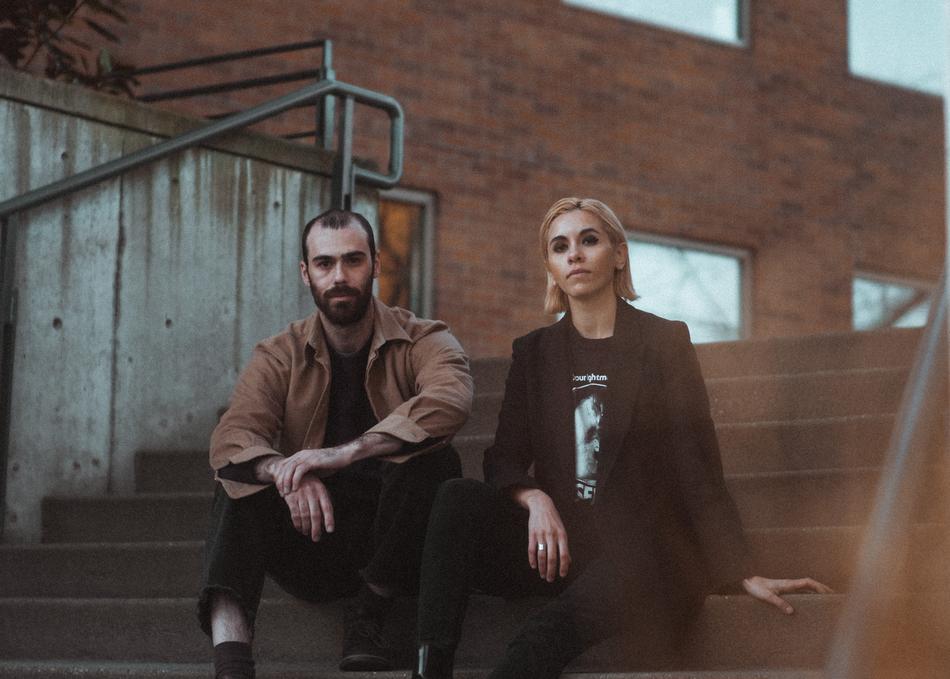 Brooklyn-based No Swoon opens their self-titled debut LP (out on Substitute Scene Records) with startling admissions. “I don’t know what’s my own,” Tasha Abbott confesses on the lead track. “I don’t know what’s controlled.” Her confusion is warranted given what feels like everyone’s current mental state —increasingly critical, and frustrated with everything from misogyny to global power imbalance—and she and Zack Nestel-Patt explore such themes in reciprocal form over the course of nine searingly critical tracks. Abbott’s distorted guitars and hypnotic vocals, cradled by Nestel-Patt’s lulling synths, are the musical equivalent of a fever dream recalled with surprising sharpness. The LP reunites the band with producer Jorge Elbrecht (Wild Nothing, Japanese Breakfast) and adds Robi Gonzalez (A Place to Bury Strangers, This Will Destroy You) on drums.

EP1, released in 2018 was a result of having picked up the electric guitar and analog synthesizer during an extended stay in Los Angeles in 2016. Back in NYC, No Swoon got to work, playing dozens of shows each year throughout 2017-2019, while also recording and releasing EP1 and later LP1.