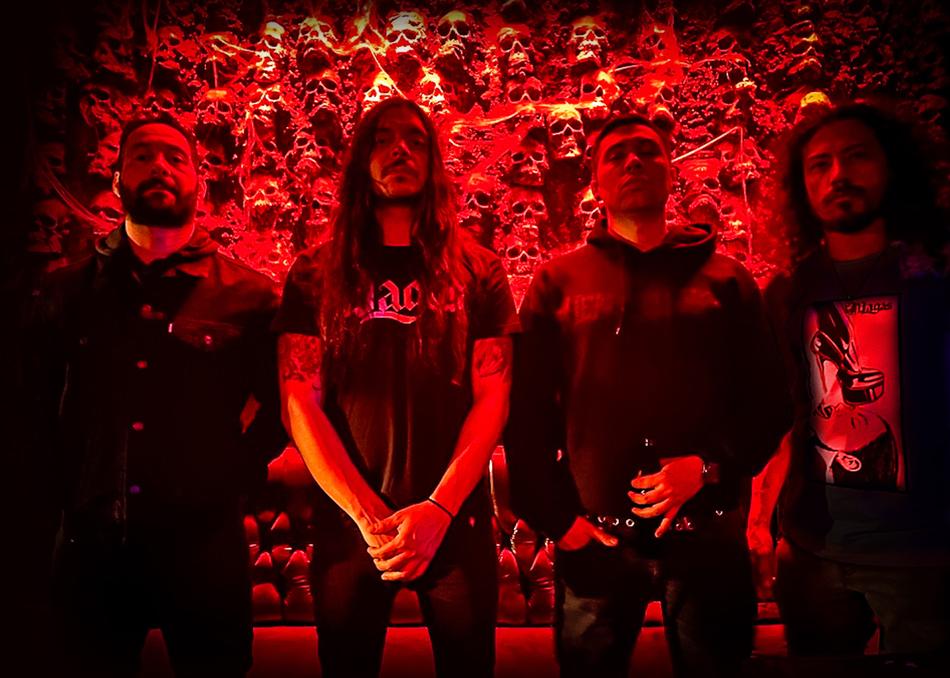 HeadCrusher is an award winning metal act originally from Colombia. Since 2001, they have had a strong following and ever growing fan base. HeadCrusher has extensively toured South America playing massive festivals like Rock al Parque 3 years standing (Bogota, Colombia) and FFF Fest (Ambato, Ecuador).
In 2008 HeadCrusher relocated to Austin, Texas where they grew a strong American fan base and brand. Now Touring throughout the US, Headcrusher has played in some of North Americas largest festivals (Barge to Hell, Housecore Horror Fest, Full Terror Assault, SXSW). Working with producers like Tue Madsen (Meshuggah, The Haunted) and Jesse Gander (3 Inches of Blood, Anciients), and directors like Michael Panduro (Napalm Death, Cephalic Carnage) and David Hall (Misery Index, Portal), Headcrusher has teamed up with some of the best brains in metal and other medias snagging awards that put them in the front row of their genre. HEADCRUSHER visits the US West Coast and Canada as part of their “Seismic Trails West Coast Tour 2019” The band is invited to be part of Knotfest Mexico 2019. The band enters the studio in Los Angeles, California to record a new EP.