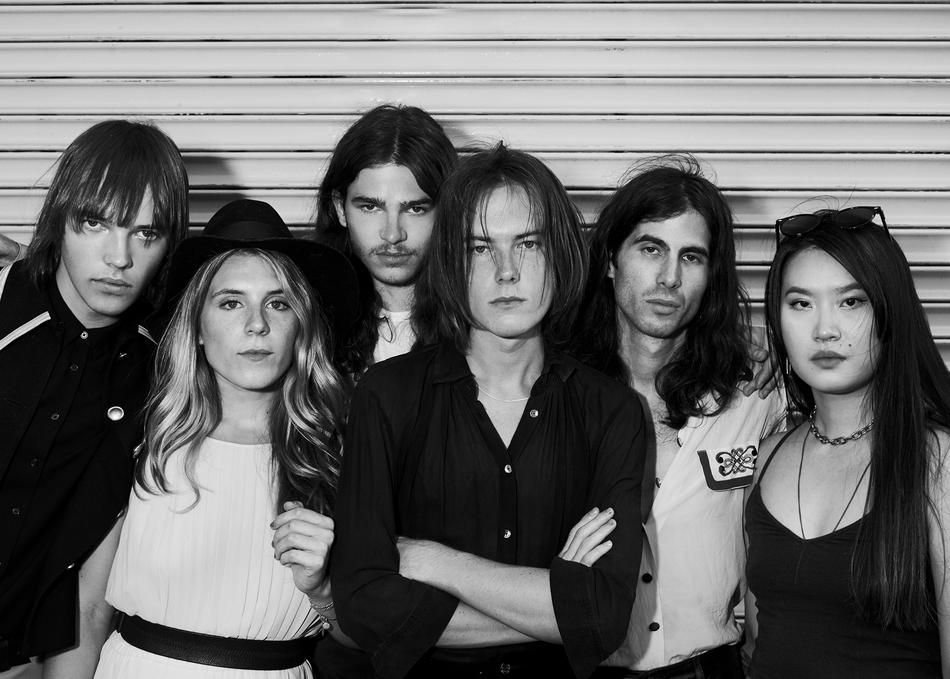 When you record an album in your bedroom, the resulting music will inevitably reflect the intimacy of that space. And so it is with the songs that make up the Brooklyn six-piece collective GIRL SKIN’s debut album, Shade is on the other side – 11 tracks of thoughtful folk-rock that is just as much a throwback as it is a forward-thinking body of work. Written and recorded by frontman Sid Simons – along with contributions from his band mates Wyatt Mones, Stanley Simons, Ruby Wang, Sophie Cozine and Noah Boling – the the songs are inspired by Simons’ unorthodox life journey which has taken him from Portland, Australia, New York and to Shanghai, as well as through a rambling, two-month road trip around North America instead of finishing high school.
Combining fragile folk and delicate art-rock to create ethereal chamber-pop songs that fearlessly revel in Simons’ most private thoughts, the album, musically, exists somewhere between monumental British statements such as All Things Must Pass and The Man Who, where quiet and tender folk meets dramatic guitar-pop. "Shade" is an elegant mosaic of musical touchstones presented by a young and talented band who are openly coming into their own.