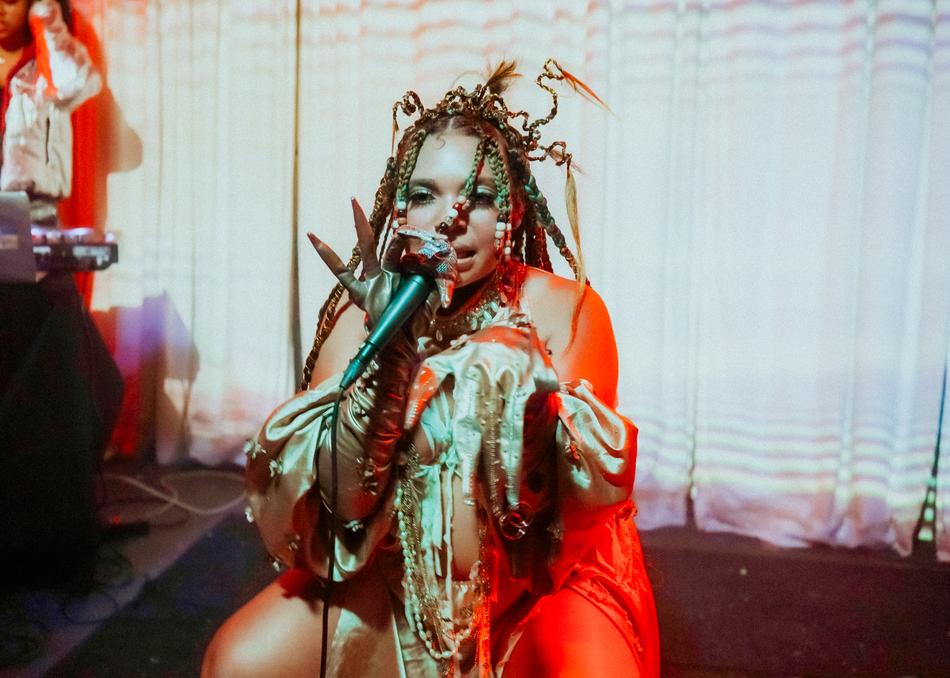 Ladi Earth is a creator. She’s vulgar and spiritual, complicated yet simple––understandIng the importance of balance. Her aura can best be described as a Ratchet Fairy Earth Goddess having raunchy-catchy lyrics that empowers you to be completely human.

While being comfortable experimenting with sound, releasing raw vibes to her audience, she encompasses a safe place for people to express their sexuality and be in tune with their bodies.
Her energy is very sexual, but also very liberating, creating a portal that allows the listener to be grounded and free in their life journey.

Ladi Earth currently has two EP’s out on all platforms–– “Paused” and “Don’t Ask Y”. Her first ever EP “Earth Day”, is on Soundcloud, along with a few singles including her debut song “Water” featuring Baby Blue, which appears on the Netflix original series, “Russian Doll”. Follow Ladi Earth on social media and stream her music on all platforms.