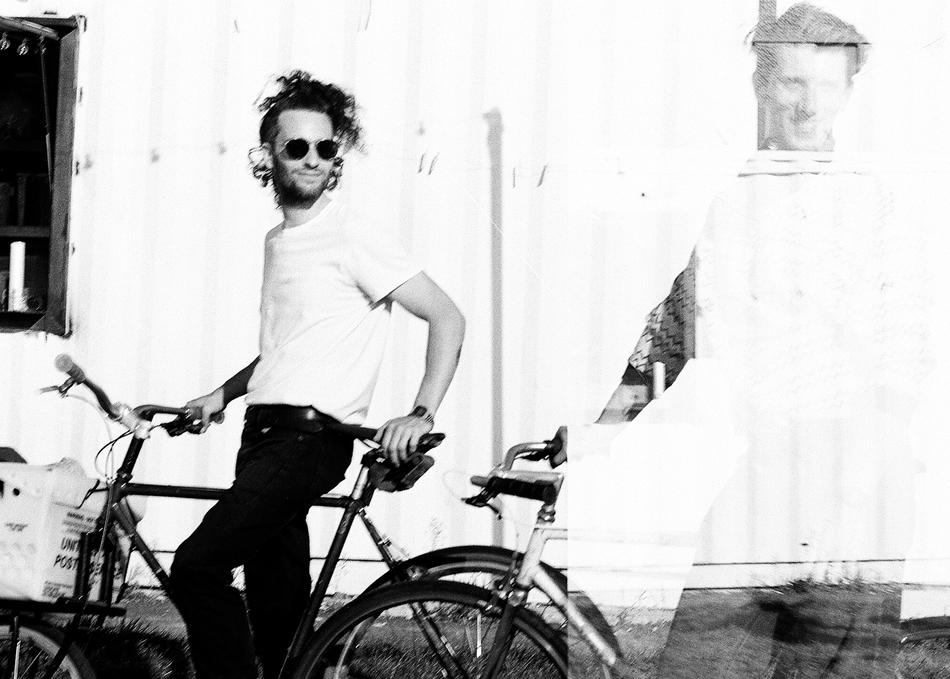 Kevin Pariso and Joel Witenberg will tell you they don’t take themselves too seriously. Hence the name of their band, Surf Rock Is Dead (that’s SRiD for short), and the title of their debut album, Existential Playboy. This playfulness informs their music (which they do, in fact, take quite seriously), a hybrid of surf rock, shoegaze, and new wave, through which the duo meditate on the paradoxes of modern life.

Much of Existential Playboy, like the majority of Surf Rock is Dead’s music, is about interpersonal relationships, living in New York, and navigating through the world during uncertain times. Existential Playboy is also about confronting mortality. In the wake of a close friend’s death, as the band was in the midst of putting this record together, Witenberg and Pariso reflected even more deeply on the themes that characterize their music. The record’s title is a nod to life’s absurdities. “Why are we doing what we do? What even matters?”