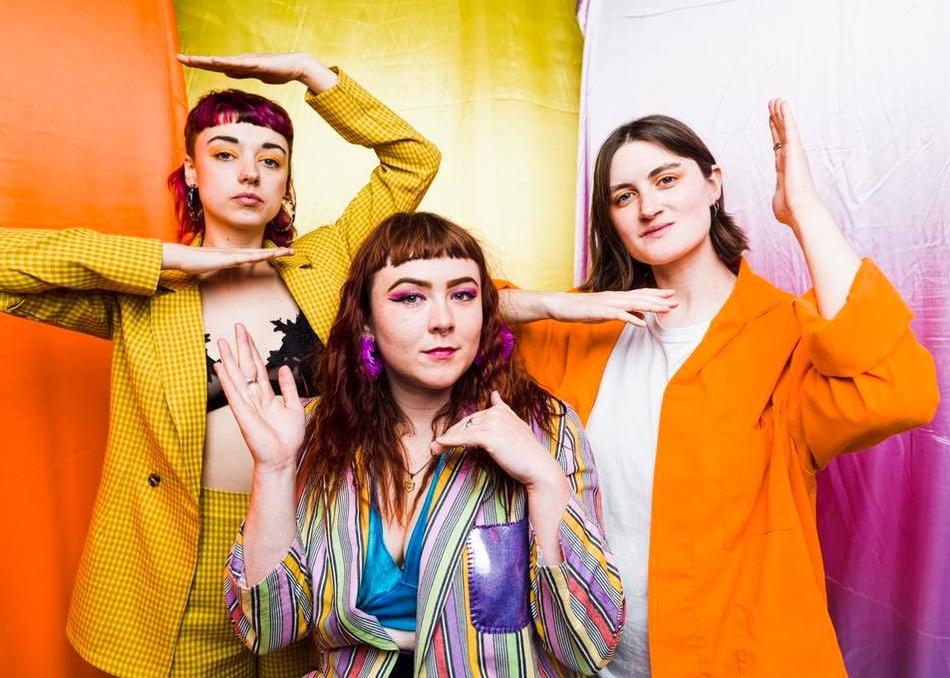 Adwaith are Gwenllian, Hollie and Heledd, a post- punk band from Carmarthen, South West Wales. Building on the success of ‘Pwysau’ their debut single they issued another six releases within an adrenalin fuelled two years. The band has had extensive radio plays, most noticeably on BBC Radio 1, BBC Radio Wales, BBC Radio Cymru, BBC Radio 6 and Amazing Radio. Adwaith also recorded a BBC radio session for Huw Stephens in the legendary BBC studios at Maida Vale and had their live set on the BBC Introducing Stage at FOCUS Wales festival, broadcast live on Adam Walton’s BBC Radio Wales show. They have also had a BBC 6 Music session for the Marc Riley show and have had festival appearance including Latitude Festival, Green Man Festival, Gorwelion /Horizons stage at Festival No 6, M for Montreal (Canada), SUNS Europe festival (Italy).

Adwaith, who were selected as one of the BBC Horizons artists for 2018, toured the UK with Gwenno in October and in February 2019 toured as main support for The Joy Formidable on their AAARTH tour. In October 2018 the band released ‘Melyn’, their first album, that won the Welsh Music Prize 2019 award.