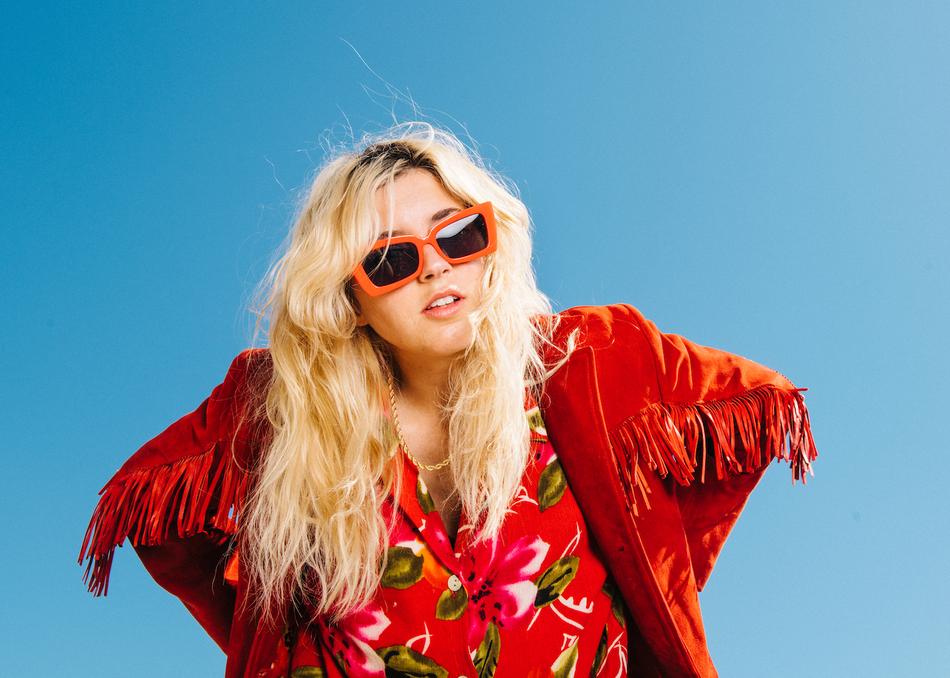 Superstar is an underdog story, and one not far off from Caroline Rose’s real life. After a years-long struggle to release what would ultimately become 2018’s LONER, deemed “a singular artistic statement from it’s unforgettable album art all the way down” (Pitchfork), Rose found herself in the midst of a new widespread audience, one both delightfully intrigued and perplexed about how and where to place her. That, combined with a developed set of studio skills and a challenge to “make something from nothing,” marked the beginning of Superstar. Gone are the polished Hollywood hunks and starlets of olde. Here is a shamelessly odd hero, or rather anti-hero, on a quest to become a someone.

Superstar is a bigger, badder, glitter-filled cinematic pop record for weirdos. “I realized at some point that I’m not going to fit into any one box, and maybe that’s a good thing. This new record is me embracing feeling like an outsider making my own path,” Rose says. One part satire, one part self-reflection, Rose’s anti-hero personifies much of what we as casual on-lookers are wont to poke fun at, dismiss or denigrate, yet deep down likely aspire to be.