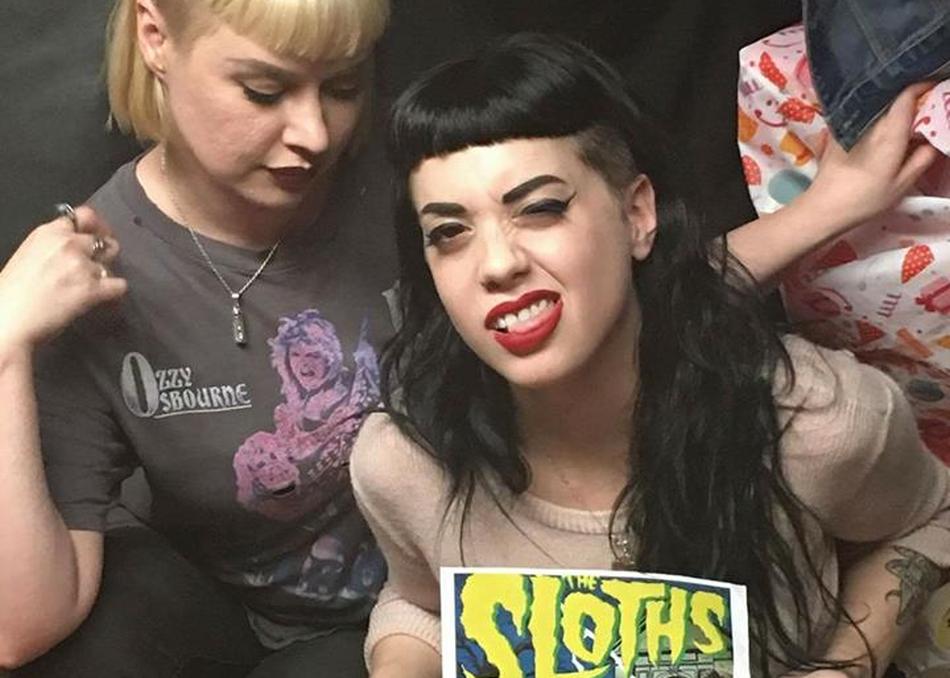 The Sloths - Never Too Young To Die

Record a remarkable single “Makin’ Love”. Play up & down Hollywood’s Sunset Strip in the mid ‘60s. Break up before recording an album. Find out the single resurfaced 20 years later on a garage compilation appropriately titled “Back from the Grave.” ​
The guitarist hires a private detective to find surviving members. Re-emerge in 2012, perform local shows and tour to wide acclaim. Then, as a climax, record the band’s first full-length album—a full half century after the original 45 touched a record player. ​
No longer just a footnote in the history of garage rock, The Sloths have embarked on something more than a victory lap reunion tour with their Burger/Lolipop release “Back From The Grave,” music video “One Way Out,” a new single on Outro Records (w/The Dwarves) and now a Euro release of “Back From The Grave” on Germany’s Eternal Sound Records.​