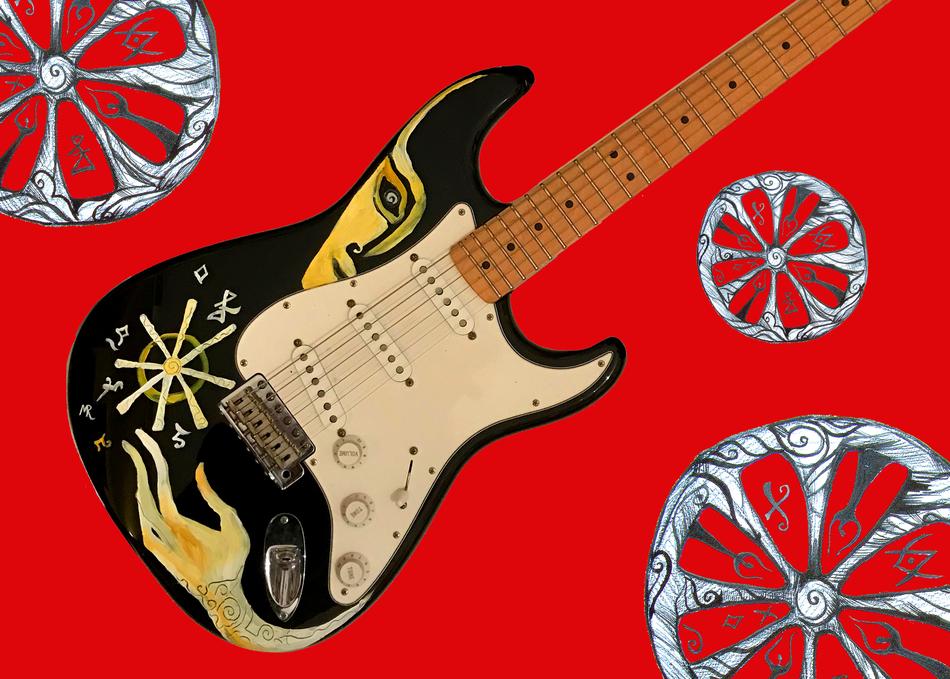 SHAMANIC is a new multi-media concept which brings together live art & live music. SHAMANIC is a collision of alternative rock and live painting. SHAMANIC is a band in which one member of a band is a painter. SHAMANIC was created by Maria Rud and Fay Fife and launched in Edinburgh, Scotland in September 2018. Bringing together established alternative artists from the UK and the US, SHAMANIC features Fay Fife ( The Rezillos) Martin Metcalfe ( Goodbye Mr Mackenzie, The Filthy Tongues), Kid Congo Powers (The Cramps, the Gun Club, The Bad Seeds). The concept of SHAMANIC is a new incarnation of The AniMotion Show, the brainchild of artist Maria Rud. The AniMotion Show collaborated with renowned classical musicians and music groups, including Evelyn Glennie and Hartford Symphony Orchestra. Since the launch SHAMANIC performed in Scotland both as an outdoor large scale event and an indoor theatrical production, was featured by the BBC, generated glowing press reviews and was loved by the public.