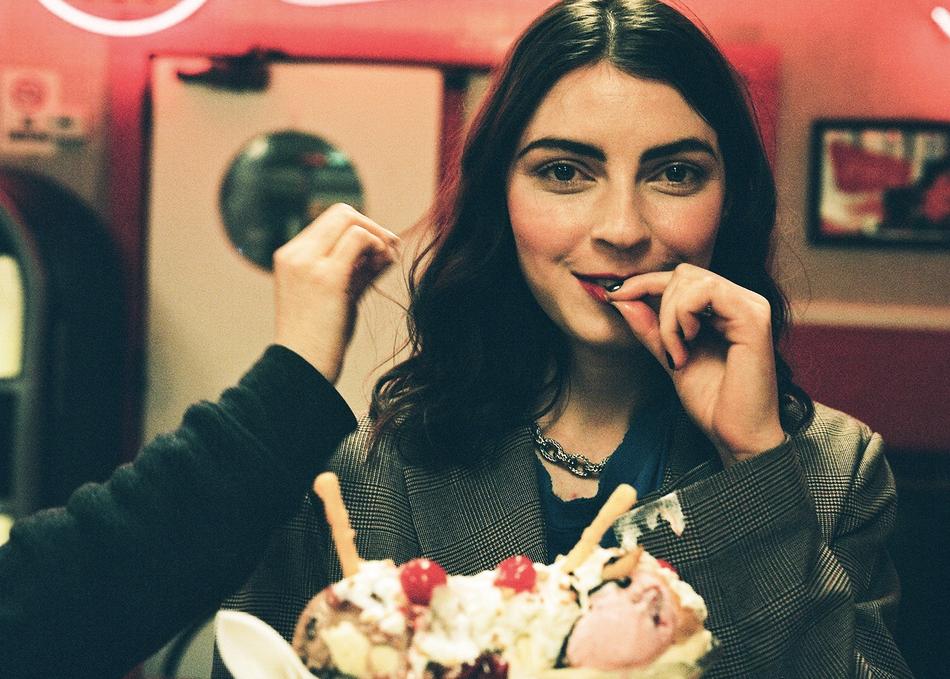 Anna Shoemaker is a Brooklyn-based, Philly-born, singer/ songwriter. The 25-year-old budding alt-pop artist became a SoundCloud sensation with her viral mashup of Kendrick Lamar’s “Bitch Don’t Kill My Vibe” and Chance the Rapper’s “Cocoa Butter Kisses,” which she recorded on her bedroom floor. The song now has over 805K streams and caught the attention of key press tastemakers and fashion mogul Steve Madden. was chosen as Steve Madden’s 2018 Emerging Artist of the Year and soon after, signed to 5Towns Records.
Anna’s debut EP, Eastside, produced by GRAMMY-nominated producer JT Daly (K.Flay’s “Blood
In The Cut”) was released in the fall of 2018. The EP includes past singles “What Am I Doing to Me?” &“Liquor Store,” which have landed her a spot as Face- book’s Artist of the Day and got her featured on Alt Nation’s (SiriusXM) Advanced Placement as well as praise from Billboard and numerous other press out- lets. The East Side EP also includes new tracks “Too High”, “Want Something (Say Something)” &“East Side”. Now Anna is back in the studio with JT Daly in Nashville and recording her follow up EP. Stay tuned for what the up and coming indie-pop darling has in store.